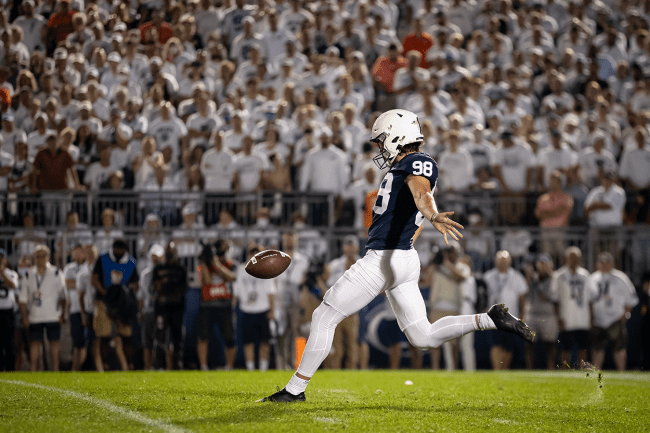 Big Ten football never fails to live up to its name. That was certainly the case on Saturday as Rutgers traveled to Penn State.

As the game went to halftime, the score stood 7-0 in favor of the Nittany Lions. However, the only touchdown from the first 30 minutes came in the final five.

Prior to the seven-point drive before halftime, it was all punts. Literally. Every single drive but one resulted in a punt. 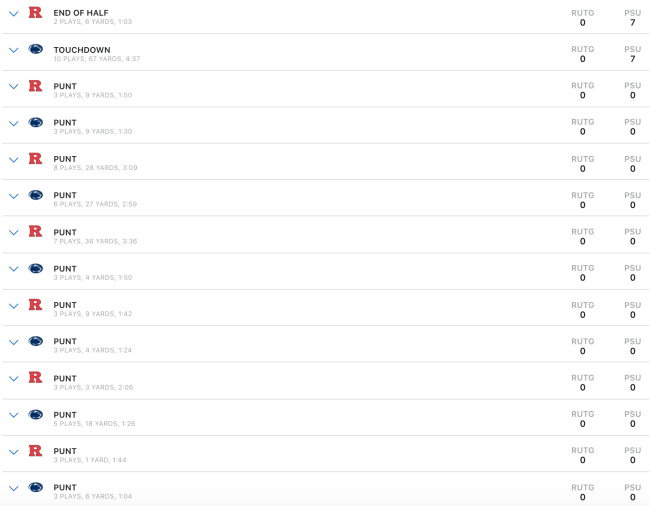 For those keeping track at home, that is 12 consecutive punts in the first half. As a result of the unbelievably uneventful start to the game, you might not expect the highlights to be particularly entertaining.

In the words of the great Lee Corso, “not so fast, my friend.”

The highlights from the punt-heavy first half are in fact exhilarating. Enjoy the greatness that is the first half of Penn State vs. Rutgers:

Unsurprisingly, the second half between the Nittany Lions and Scarlet Knights got off to a similar start. Both teams traded punts on their first five drives.

Unfortunately, no matter how many punts are to go down in Happy Valley, history will more than likely not be made in the game. The record for most punts in a college football game was set on Nov. 11, 1939 when the Texas Tech Red Raiders hosted the Centenary Gentlemen.

As of the seven-minute, 14-second mark in the second quarter, Penn State and Rutgers was still 60 punts away from the record. Punts on 17 of the first 18 possessions in the game is still crazy.