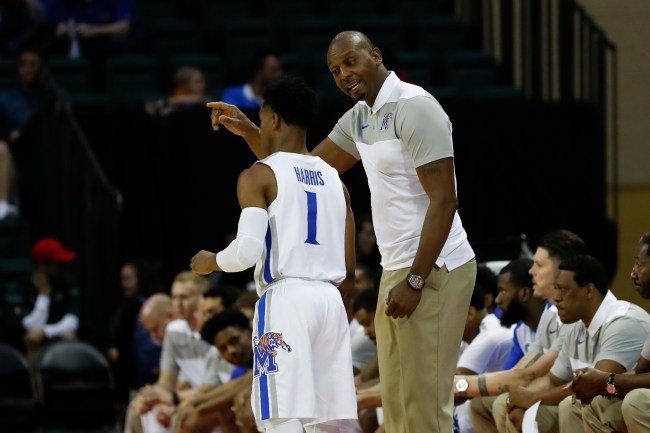 Penny Hardaway was one of the first “holy crap” kind of basketball players in my lifetime, with the lanky floor general possessing guard skills mixed with the abilities of a forward, which made him a near once-in-a-generational talent. Sure, there was Magic Johnson in the ’80s and early-90s doing his thing, but Penny was the guy who most of us millennials probably remember watching most, as the former No. 3 overall pick in the 1993 NBA Draft just did things differently, man.

After being traded to the Orlando Magic on draft day to join Shaquille O’Neal, Penny and his big fella teammate formed what was thought to be the next great duo. And while they had success in the regular season together — and reached the 1995 NBA Finals, where they got swept by the Houston Rockets — the relationship was short-lived, as O’Neal headed to the Lakers during the ’96 offseason.

Unfortunately, Penny Hardaway’s career sort of nosedived from there, with the former All-Star getting hurt, making a helluva lot of money, and just bouncing from team to team. Still, Hardaway’s remembered as a great player, just not as great as he could’ve been had he not gotten hurt so much. It’s truly one of those “what if…?” type of careers we often see in sports.

But there’s a wrinkle before his NBA days that also presents an interesting question: “What if Penny Hardaway had been more badly hurt after he got shot in the foot while still playing college basketball at Memphis?” Hell, many of us may not have even known who the guy was. Luckily, that didn’t happen.

Still, how it all went down is… something.

Recently joining The Field Of 68, Penny goes into full detail about how the simple act of returning his cousin’s wallet could’ve very easily ended his life. It’s insane on all levels, so take a look below at the story.

Even 30 years later, this story hits hard, man. The way Penny Hardaway tells it paints a grim image in your mind about how close he was to being killed, escaping with a “lucky” gunshot to the foot and not something much worse. And to think the guy went from this to guiding his Memphis hoops team to the Elite Eight just a couple years after being shot is even more insane.

Hardaway’s NBA career may not have gone as many had expected because of injuries. But seeing as how he nearly didn’t even have a college basketball career because of being shot should make us appreciate all the greatness he gave us when he did.