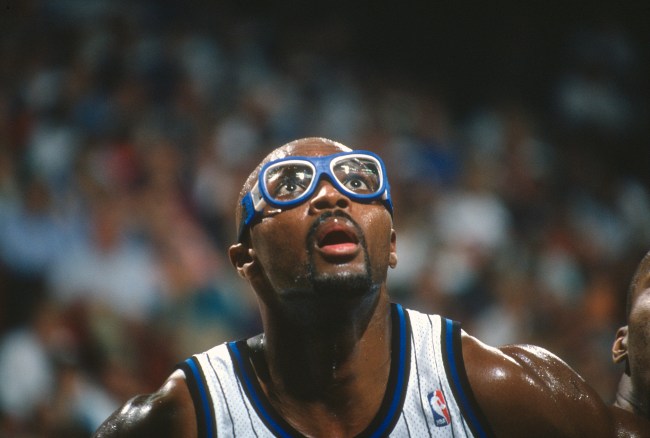 The Orlando Magic organization is trying to make you forget they haven’t had a winning season in seven seasons by reminding you of successful times. The franchise is celebrating its 30th anniversary this upcoming season will employ a new logo and rock the iconic pinstriped uniforms worn in the Shaquille O’Neal and Penny Hardaway era. The Magic wore the pinstripe jerseys from the first nine years of the franchise’s existence, from 1989-98.

If the names Shaq, Penny, Horace Grant, Nick Anderson, and Jon Koncac transport you to simpler times–times when you’d watch the 90s NBA and at halftime lower the hoop in your driveway and dunk on it–then these uniforms will only enhance that nostalgia.

New Blog: The Orlando Magic Are The Latest Team To Bring Back Some Retro Jerseys https://t.co/iLm5JEIG0t pic.twitter.com/o6CImriZlZ

These unis are up there in all-time greats with the Dominique Wilkins and Spud Webb worn Atlanta Hawks jerseys of the 80s and the Shawn Kemp and Detlef Schrempf donned Supersonics jerseys of the 90s.

Coincidentally, the Charlotte Hornets will be celebrating their 30th anniversary as well in the 2018-2019 season, and will don a new “Classic Edition” uniform for the entire season as well as urge fans to vote for a 30th Anniversary Team. They will also give their court a makeover that will harken back to the Muggsy Bogues days.

Damn, I wish I still had my Charlotte Hornets Starter jacket. Shit was fire.