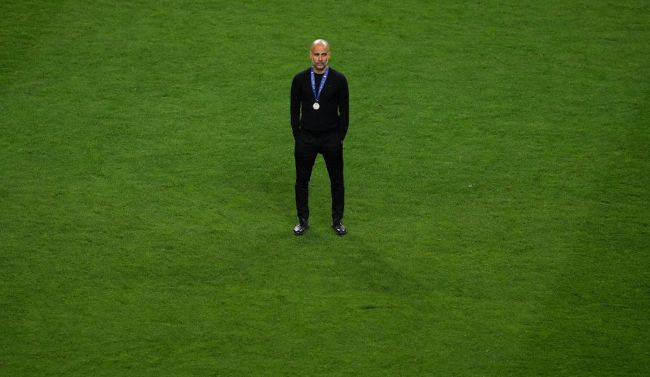 Manchester City, the richest football club in the world, reached their first-ever Champions League Final this season. For most clubs, a debut appearance in soccer’s most prestigious match would be a crowing achievement. For Manchester City, though, it was merely a long time coming.

Every since the Manchester-based club was purchased by the Abu Dhabi United Group in 2008, the team has obliterated financial records to become a perennial powerhouse, winning the Premier League title five times since 2011, including three in the last four year.

The mind-blowing expenditure that has propelled the club into the elite footballing echelon has only increased in recent years, as the club has spent a whopping $1.2 billion on player acquisitions since appointing Pep Guardiola as their manager in 2016.

That financial output, of course, is why City’s mere participation in the Champions League Final was not seen as a hard-earned destination, but a mere stepping stone to a title they believed could be bought. In recent years, considering this Manchester City side to be one of the best of all time has become a rather commonplace opinion, and in order to cement that status, City needs to win the game’s ultimate prize. Yesterday was their first chance and they fell short. And with the money invested into the project, the question becomes: how? Unfortunately for Guardiola, many seem to be placing the blame on him and his lineup decisions.

Already known for overthinking his tactics in big games, Guardiola once again made that fatal mistake against Chelsea as he opted to star İlkay Gündoğan over Rodri or Fernandinho, defensive midfielders who had, between the two of them, started in 59 out of the club’s 60 games this season.

Pep Guardiola started either Rodri or Fernandinho in 59/60 games this season.

The one game he didn't was yesterday. pic.twitter.com/4YIenDEPIM

Pep’s gamble to start an extra attacking player not only failed to result in a goal but left City defensively vulnerable in the middle of the pitch, which is exactly where they were gashed for Chelsea’s one and only goal.

WHAT A TIME TO GET YOUR FIRST #UCL GOAL 🌟 pic.twitter.com/ghI2BzGP9V

Granted, while rival fans are always quick to jump on City and Guardiola, the criticism of the heralded Spanish coach is certainly more legitimate this time around, as it’s coming from both Twitter trolls and legitimately analysts alike:

How Guardiola got it wrong – for his most vintage of post-2011 #ucl exits. It was all there, his ultimate. There may be bigger issues, too. His players played badly in their biggest ever game but that was because of their manager’s approach.https://t.co/QoimMwLbKW

But I was led to believe Pep Guardiola invented football. Tuchel took over Chelsea during the BIDEN ADMINISTRATION.

Tuchel: We just play like we have always played.

Mount: But they already know our tactics.

Its been 21 hours and I still cant get my head around Pep not starting Fernandinho or Rodri last night 😅 pic.twitter.com/W1IRhI2P7H

Guardiola made non-playing goalkeepers obsolete, and he's trying to make strikers obsolete with all-midfield attack, but when he moved to also nullify the holding midfielder role, he bit off more than he could chew…. and the best man in that role, Ngolo Kante, proved it to him

Any other manager with a billion dollar spend would be ripped to shreds.

Jose Mourinho would be strung upside down.

But… Pep Guardiola is too clever and tinkering.

This is where European football media is at, today. #UCLFinal https://t.co/iTpai1Ilno

No Champions League in 10 years for Pep Guardiola pic.twitter.com/2mBRRC5wZY

Pep Guardiola thought he was winning 'The Treble' this season and the only treble he got in the end was Three defeats to Thomas Tuchel in 6 weeks!!! 🍾😆 pic.twitter.com/EkxRVpBMy9

Regardless of their shortcomings this season, Manchester City will likely be one of, if not *the* betting favorite to win the Champions League next season as their squad not only remains supremely talented but will likely benefit from a few more big-money transfers this summer.