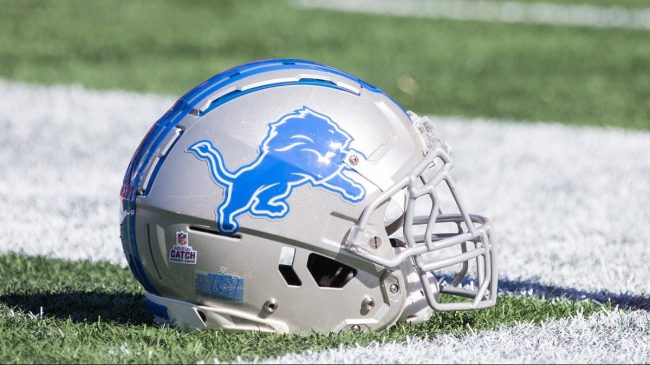 Things are starting to look up for the Detroit Lions. They’ve won three straight games as the offense is rolling and the defense has stepped up. However, they might need to thank Peyton Manning and actor Jeff Daniels, as they might have actually lifted the Bobby Layne curse.

In an episode of Peyton’s Places, Manning and Dumb and Dumber star Jeff Daniels performed a curse-lifting ritual within the Lions stadium. Detroit has been 3-0 since that episode aired.

The @Lions still haven’t lost a game since Peyton and @Jeff_Daniels did this… pic.twitter.com/2gWVUsWqWe

Maybe it’s a coincidence, maybe a curse has actually been lifted. However, this is the first three-game win streak for the Lions since 2017, per Eric Woodyard. Even Amon-Ra St. Brown admits the mood in the locker room “felt different” after teammate Jason Cabinda claims he “never won three straight.”

Amon-Ra St. Brown to ESPN on #Lions’ first 3-game win streak since 2017: “To do that for the city, the team and just the narrative of Detroit is huge.”

St. Brown said the locker room “felt different” as Jason Cabinda told the team ahead of the game that he never won 3 straight.

For anyone not familiar with the Bobby Layne curse, back in 1957, after he helped Detroit win their third straight championship, the team traded him to the Pittsburgh Steelers, per the Detroit Free Press. After the trade, Layne was said to have been upset and “supposedly said the Lions wouldn’t win a championship for another 50 years.”

So, Peyton Manning and Jeff Daniels performed the curse-lifting ritual. It might have been the perfect timing for the Lions. Not only is the team winning, but according to Ian Rapoport, rookie wide receiver Jameson Williams is nearing a return.

Potentially significant: The #Lions announced they are opening the practice window for first-round WR Jameson Williams. He’s close to returning from an ACL injury.

That’s too many good things happening for the Lions at once for this to just be a coincidence, right? Maybe the Bobby Layne curse was lifted, or maybe it wasn’t. Either way, Detroit’s situation is rising. Perhaps they should at least thank Peyton Manning and Jeff Daniels for thinking outside of the box on this one.