Peyton Manning Reveals The Best Defensive Player He Ever Played Against 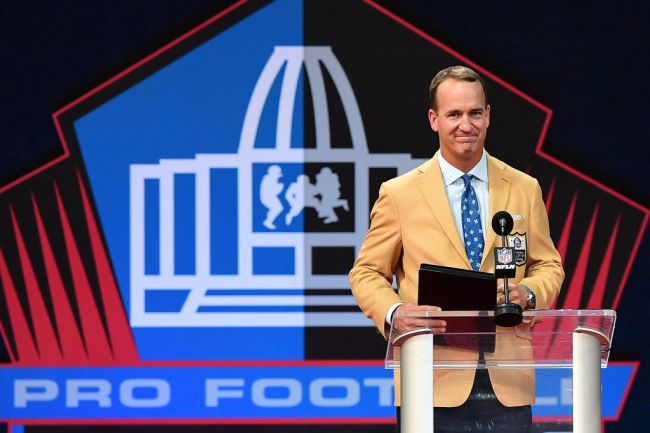 Over the course of his storied NFL career, Peyton Manning the opportunity (misfortune?) to play against some of the greatest defensive players football has ever seen. During his career he faced off with Hall of Famers like Champ Bailey, Ed Reed, Jason Taylor, Richard Seymour, Junior Seau, Michael Strahan and Ty Law. He even battled Brian Urlacher in a Super Bowl.

However, it is not any of the men on that list who Peyton Manning views as the best defender he faced during his career. Today he revealed the man deserving of that honor and it is another Hall of Famer. That man is legendary linebacker, Ray Lewis.

Peyton Manning talking about how tough it was to play against Ray Lewis is a must-watch: “When he retired, it was like the greatest day of my life.” 😂 pic.twitter.com/PERWws3Pdw

There are plenty of reasons you would see Ray Lewis top a list like this for many of his contemporaries. Lewis dominated for 16 years for the Baltimore Ravens. He holds the NFL records for most career solo tackles and solo tackles in a season. He was also the league’s Defensive Player of the Year on 2 occasions.

Lewis was named a First-Team All-Pro 7 times and to the Second-Team 3 times. He helped make the Ravens one of the league’s toughest run defenses for years and led them to a pair of Super Bowl wins.

All of this praise for one of the best linebackers to ever play the game comes just a couple of weeks after Ray Lewis was discussing the Manning family. He recently revealed how Peyton Manning’s wife made him a better player

Lewis also recently discussed his rivalries with Manning and Tom Brady and discussed why he believes Tom Brady decided to come back from retirement.

There are likely many offensive players in the league right now hoping Lewis wasn’t inspired by Brady’s decision and instead takes the Manning route and stays retired after teasing a comeback earlier today.