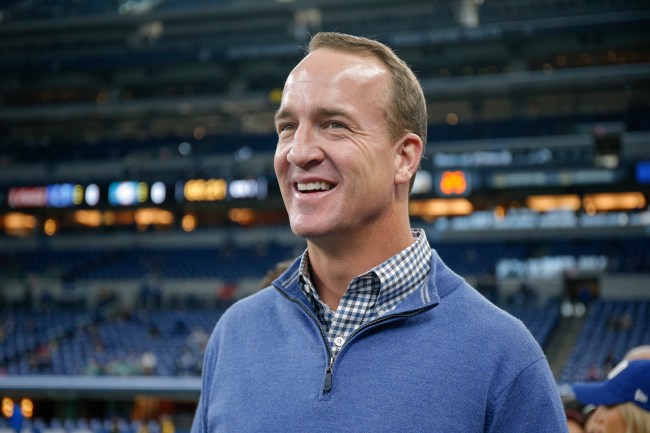 Every kid that follows football seems to be a big-time Patrick Mahomes fan these days, even kids whose father is a Hall of Fame QB that spent four seasons in the same division as the Chiefs, just ask Peyton Manning.

Manning may have won the AFC West each of the four seasons he spent with the Broncos, but he never threw no-look passes or rocked over-the-top sunglasses like Mahomes. Manning was more of an operator while Mahomes gets the job done with raw athleticism that wows people every time he touches the ball, which translates well for the younger crowd like Manning’s kids, Marshall and Mosley.

According to Manning, his kids are always decked out in Chiefs jerseys. They very clearly didn’t get the memo that the Broncos and Chiefs don’t really like each other all that much.

“My kids are decked out in Chiefs jerseys,” Manning said on a recent episode of ‘Detail,’ according to KCNC-TV’s Ryan Mayer. “They got Mahomes on, they got Tyreek Hill. [When] your kids are wearing Chiefs jerseys, you’ve just got to suck it up.”

His kids aren’t just wearing them around the house on Sundays or anything either, their rocking Mahomes jerseys on the mountain, too. Kids these days are even going the throwback route and wearing Mahomes college jerseys.

“We go skiing this past weekend, and my son’s in a Mahomes jersey to ski in and his buddy Zack is wearing a Mahomes Texas Tech jersey,” Manning said. “I mean everywhere I go, it’s Mahomes, Mahomes, Mahomes. Tells you what kind of great player he is if he’s got some huge 9-year-old fans out here in Denver, Colorado.”

Mahomes didn’t have the top-selling jersey among NFL players in 2020 by chance. The amount of Mahomes jerseys parents have bought their kids in the Midwest has to be an astronomical number.