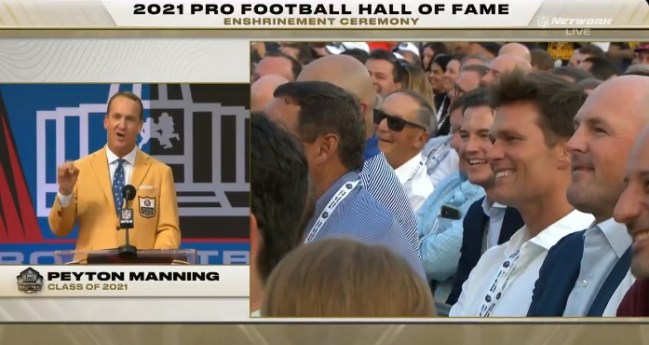 Peyton Manning was enshrined into the Pro Football Hall of Fame on Sunday and of course, he busted out some jokes during his acceptance speech.

During his speech, Manning took aim at his former rivals Ray Lewis and Tom Brady.

First Manning mocked Lewis over his overly long Hall of Fame speech from 2018.

“I want to give a special thanks to my old rival Ray Lewis here tonight, Ray just finished giving his speech that he started in 2018.”

Peyton turning his speech into a roast of his rivals 💀😂 @raylewis

Manning then roasted Brady who was in the crowd for the Hall of Fame ceremony.

“My good friend Tom Brady is here tonight. By the time he is inducted, in his first year of eligibility in the year of 2035, he’ll only have time to post his acceptance speech on his Instagram account.”