The PGA Tour, Tiger Woods, And Rory McIlroy Finally Have A Plan To Stop LIV Taking Over The Golf World 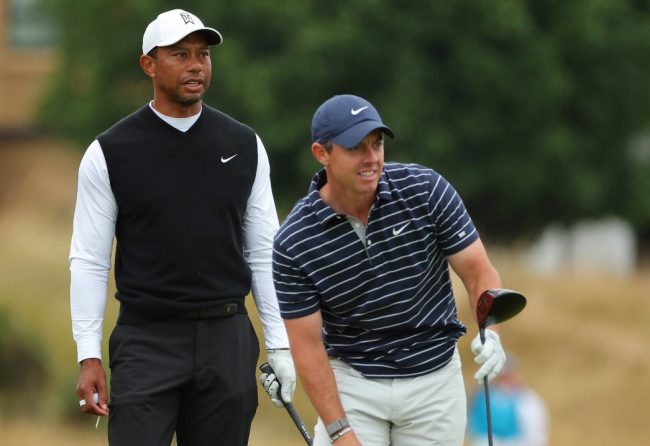 LIVE Golf has completely taken over the world out of nowhere as many professional golfers have switched to that league. It’s been controversial, but considering they offer fully guaranteed deals and accommodate the athletes in travel, it’s no wonder so many of them have made the switch. However, on Tuesday, it sounds like Tiger Woods and Rory McIlroy are working with the PGA Tour to fight back.

According to No Laying Up, the PGA Tour is organizing its top golfers, including Tiger Woods and Rory McIlroy to “dramatically” reshape the league. Considering LIV has acquired a plethora of golfers, it’s nice to see the PGA Tour make some changes to remain competitive in the golfing world.

The PGA Tour's top players, led by Rory McIlroy and Tiger Woods, have finalized a proposal that would "dramatically reshape" the Tour, per @NoLayingUp.

It would create an elevated series of limited field events and will be sent to PGA Tour commissioner Jay Monahan this week. pic.twitter.com/n8rJ6TcyaX

The PGA Tour plans to utilize “one-day competitions” that are “technologically forward.” Additionally, this idea should be financially beneficial to the golfers as well, per Front Office Sports. “LIV stars like Phil Mickelson and Bryson DeChambeau receive equity and revenue-sharing — Woods, McIlroy, and their PGA Tour colleagues could get equity, too.”

It’s nice to see golf becoming more mainstream than ever before. LIV Golf has taken the sport to a new level, as it’s done nothing but generate hype since signing pro golfers. At the same time, the Tour is clearly not backing down as this new idea seems exciting for both the athletes and golf fans alike. Hopefully, it all works out, as golf has drastically changed over the last few years.