Will Zalatoris Shocks Golf World And Withdraws From TOUR Championship, Missing Out On $18 Million Chance 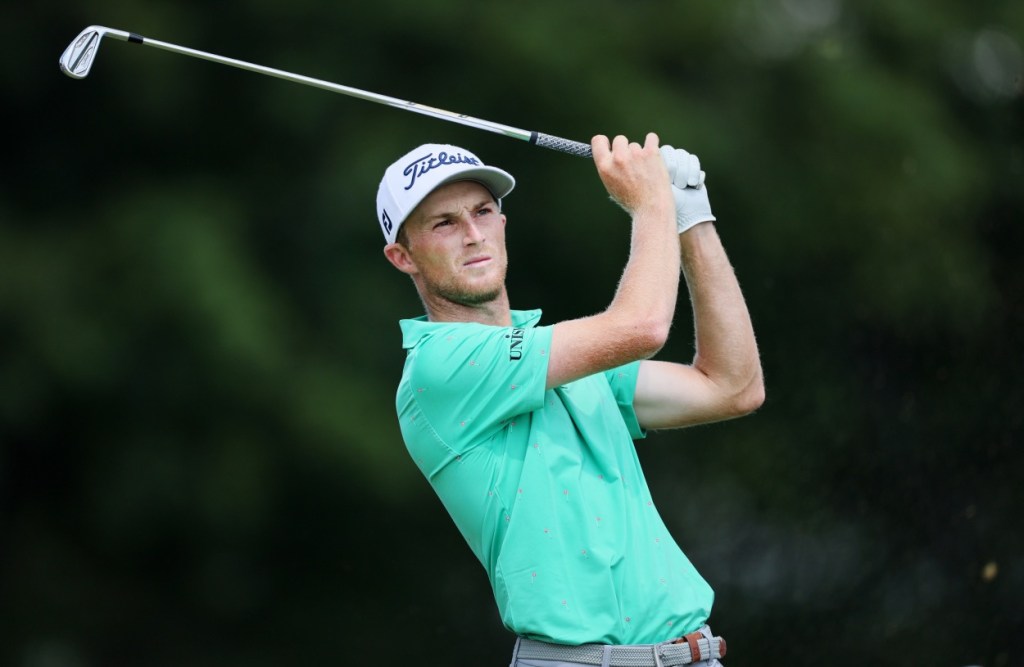 The reason Will Zalatoris gave for withdrawing is two herniated disks in his back, an incredibly painful injury. And it’s hard to even comprehend how difficult of a decision this must have been for Will and his team…

He is coming off the best PGA Tour season of his career and just earned his first win at the FedEx St. Jude Championship. He was able to finally overcome putting woes and get past his second place finishes in the PGA Championship and U.S. Open to win an event.

And winning the FedEx St. Jude Championship helped catapult him into 3rd place in the FedEx Cup standings, meaning he would’ve started the Tour Championship at -7 with a huge lead on most of the field and just 3 strokes back from Scottie Scheffler. Alas, he is suffering from incredibly painful injuries at the moment.

Will Zalatoris Shocks The Golf World And Withdraws From Tour Championship

Will Zalatoris is a WD from the TOUR Championship with a back injury. pic.twitter.com/HlC5pDsJWX

FedExCup No. 3 Will Zalatoris has withdrawn from the TOUR Championship with two herniated discs.

He will also miss next month’s Presidents Cup at Quail Hollow.

Will Zalatoris has withdrawn from the TOUR Champoinship due to a back injury. As a result of his withdrawal, if all 29 players finish 72 holes, Zalatoris will finish 30th in the FedEx Cup, which recieves $500,000 in bonus money. Starting Strokes for the remaining 29 players will not be affected.

Statement from Allen Hobbs on behalf of Will Zalatoris:

“After Will’s withdrawal from the BMW Championship on Saturday, his medical team determined the source of his back pain is two herniated disks. Unfortunately, this means Will is unable to play at the Tour Championship. He is also very disappointed that he will not have the opportunity to play in next month’s Presidents Cup, where he was hoping to play for Captain Love and represent the United States. Will would like to thank his fans, sponsors, the Tour, and his team for all of their support. He is fully focused on getting healthy and back onto the course as soon as he is able.”

An absolutely torturous way to end a magical season for Will Zalatoris who has earned $9,405,082 on the PGA Tour this year alone in just 24 events played.

He would’ve entered the week at -7 and 3rd in the field, two strokes behind the leader and 7 strokes ahead of some players.

Will Zalatoris is a WD from the Tour Championship. Instantly one of the most costly back injuries ever. That's rough.

Will Zalatoris WD from TOUR Champ due to back injury from Saturday.

Gotta feel for him. What an amazing season and win a few weeks ago. Wishing him a speedy recovery and can’t wait to see him tee it up next.

Rough break after his breakthrough win.

Everyone wants to see him get healthy quickly:

Tough break for Will. Hopeful for a speedy recovery.

Well Dang. He was one of the players I was really rooting for. Kid has a bright future and he will be back.

Will Zalatoris is 100% a fan favorite on the PGA Tour these days. There are ‘villains’ or ‘heels’ in the golfing world and Zalatoris is anything but. Everyone seems to be rooting for him as he’s just an incredibly easy guy to root for and like. Hopefully he’s able to get speedy treatment and get back on the course quickly, but you never know with back injuries.

First place in the TOUR Championship pays out $18,000,000. Second place pays out $6,500,000 and third place awards $5,000,000. Will Zalatoris would’ve started this event sitting in third. That’s a LOT of money to miss out on, but this is surely the right call to sit out if he has two herniated disks.

It is interesting the PGA Tour chose to go with 29 players in the field isntead of bumping up #31 Shane Lowry to the 30th spot but it seems like the right decision given that this is a culmination of a season’s effort.