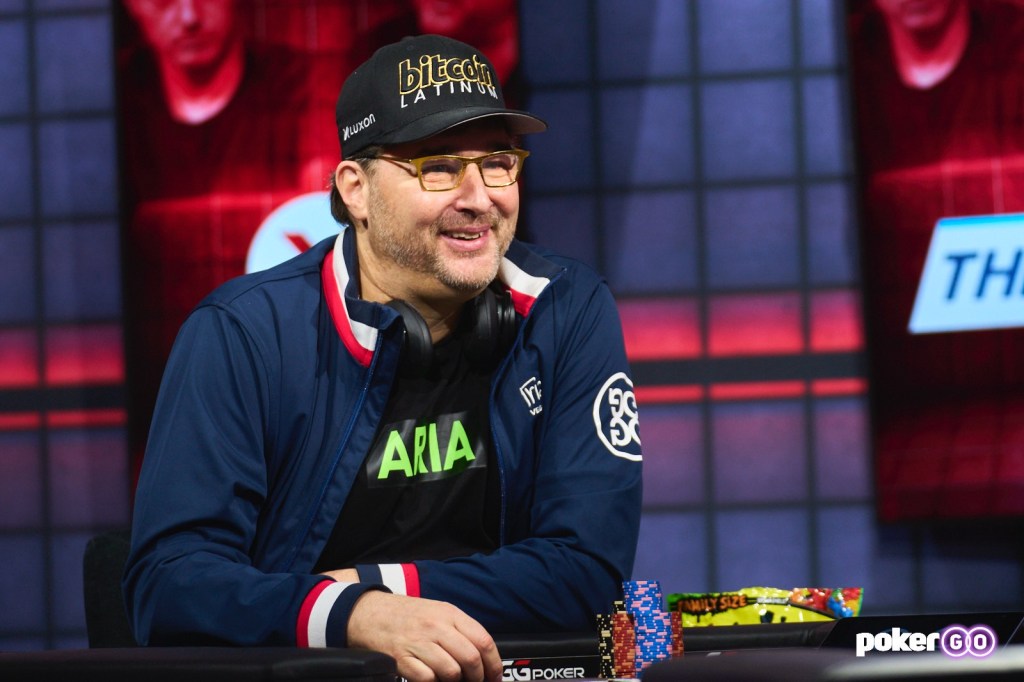 Phil Hellmuth is the greatest poker tournament player in history and he’s certainly in the discussion of ‘best poker player ever’ because there isn’t a single weakness to his game. On Wednesday night, Phil Hellmuth played a heads-up match against fellow poker pro Tom Dwan. This was the third (and possibly final) heads-up match between these two heavyweights with Tom Dwan winning round 1 of the $100,000 buy-in in August 2021 and Phil won round 2.

Early on in the $400,000 heads-up match, Tom Dwan had Phil Hellmuth completely and utterly trapped. Dwan flops three-of-a-kind and Phil paired his Queen on the turn and made a full house on the river. This gave Tom Dewan the better full house of Kings over Queens. Phil would’ve been devastated if he made a big bet and Tom came back.

In a heads-up match, laying down a full house is something I’d have A LOT of trouble doing but this hand is a great example of why Phil Hellmuth is the GOAT. There are also some other clips from the $400,000 (cash) PokerGO’s High Stakes Duel Round 3 match below.

Wow! Is this the best @Phil_Hellmuth fold you've ever seen?

Shortly before that incredible fold, The Poker Brat was letting those f-bombs fly after losing a pot.

Oh oh! F-Bombs are flying as @Phil_Hellmuth heats up after losing a pot versus @TomDwan.

The action is live on PokerGO, tune in now. pic.twitter.com/vz00I01Riu

One of the beautiful aspects of Hellmuth is how he’s not just the greatest tournament poker player in history, he’s also an incredible showman. He puts on a show for the fans and his TV presence is always worth watching for moments like htat.

Who Won Round 3 Between Phil Hellmuth And Tom Dwan?

The final hand came in the fourth hour of heads-up play when Phil looked down to find AcKs on the button. Tom Dwan had pocket 8’s. Dwan raised $7,000 and Phil put him all in. The flop came out Kd5d2h. The turn revealed 6h and the river showed a 6d.

After Phil Hellmuth won that hand he told Tom “I know you’re rematching…this time for $800K” and Dwan replied, “Yea, it’ll be a big one.” PokerGO’s High Stakes Duel Round 4 between Phil Hellmuth and Tom Dwan confirmed? It’s not 100% but it seems likely. You can check out Rounds 1 and 2 over on the PokerGO YouTube channel as well.

I was fortunate enough to interview Phil Hellmuth during the 2021 World Series of Poker just before the Main Event. He was on one of the biggest heaters of his life. We talked about his legacy, success, how he stays fresh, feuds with other poker players, and more. You can check out my Phil Hellmuth interview here.