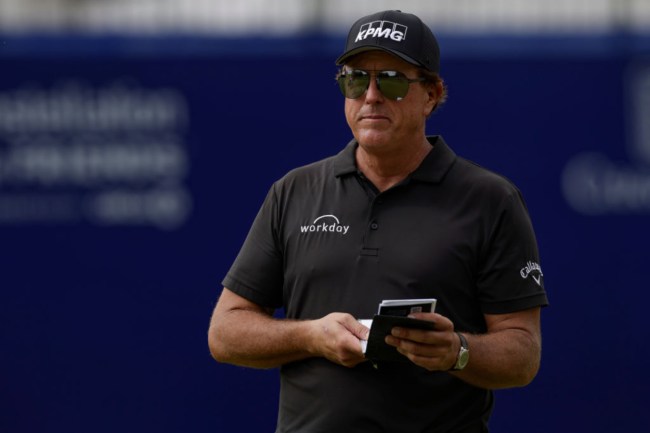 There have been countless stories told about Phil Mickelson’s love for gambling over the years. It’s publically known Lefty enjoys putting money on the line, but last month a report outlined just how much money he lost while gambling earlier in his career.

Mickelson addressed his gambling habits on Monday, the same day he officially announced he’d be teeing it up in the Saudi-backed LIV Golf Invitational Series.

“My gambling got to a point of being reckless and embarrassing,” Mickelson told Bob Harig of Sports Illustrated.” I had to address it. And I’ve been addressing it for a number of years. And for hundreds of hours of therapy.”

“I feel good where I’m at there. My family and I are and have been financially secure for some time.”

“Reckless and embarrassing” are strong adjectives to use while discussing a gambling habit, but certainly seem fitting for Mickelson’s situation.

In May, The Fire Pit Collective’s Alan Shipnuck shared a story from his new book in which he spoke to a source who has direct access to documents from the Billy Walters trading investigation that Mickelson was heavily involved in.

According to the source, Mickelson wracked up more than $40 million in gambling losses from 2010-2014.

“Gambling has been part of my life ever since I can remember,” Mickelson told Harig. “But about a decade ago is when I would say it became reckless. It’s embarrassing. I don’t like that people know.”

“The fact is I’ve been dealing with it for some time. Amy has been very supportive of it and with me and the process. We’re at place after many years where I feel comfortable with where that is. It isn’t a threat to me or my financial security. It was just a number of poor decisions.”

Mickelson reportedly signed a $200 million contract to join LIV Golf and will have the opportunity to make millions each week he tees it up on the rival golf circuit.