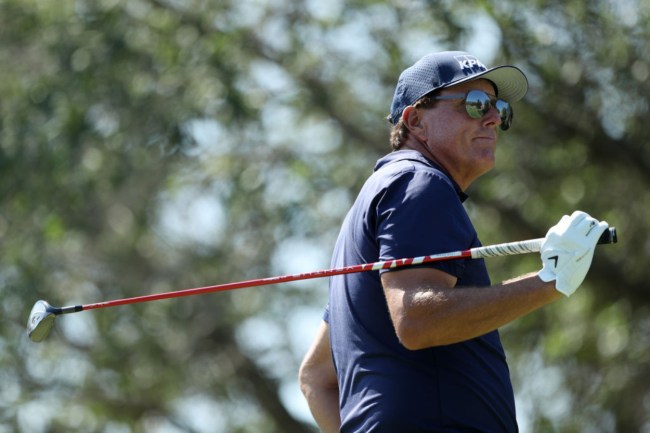 When Phil Mickelson made his controversial comments about the Saudi-backed LIV Golf Invitational Series and showed interest in participating, the collective minds of the golf world immediately shared one thought: he must need the money. Based on a new report detailing Lefty’s gambling habits, and the losses he’s taken over the years, that may very well be the case.

While there are hundreds of both hearsay and legitimate stories about Mickelson’s love for putting money on the line, this report from Fire Pit Collective’s Alan Shipnuck puts things into a perspective no one may be able to wrap their mind around.

Mickelson’s gambling losses have never been made public, but Shipnuck’s soon-to-be-released book Phil: The Rip-Roaring (and Unauthorized!) Biography of Golf’s Most Colorful Superstar is set to lay it all out on the line.

According to a source Shipnuck spoke to, who has direct access to documents from the Billy Walters trading investigation that Mickelson was heavily involved in, Mickelson wracked up more than $40 million in gambling losses from 2010-2014.

“In those prime earning years, his income was estimated to be just north of $40 million a year,” Shipnuck writes. “That’s an obscene amount of money, but once he paid his taxes (including the California tariffs he publicly railed against), he was left with, what, low-20s?”

“Then he had to cover his plane and mansion(s), plus his agent, caddie, pilots, chef, personal trainer, swing coaches and sundry others. Throw in all the other expenses of a big life—like an actual T. Rex skull for a birthday present—and that leaves, what, $10 million? Per the government audit, that’s roughly how much Mickelson averaged in annual gambling losses.”

Phil Mickelson May Have Only Been Breaking Even

It seems almost impossible to say about a man who sits second on the all-time career earnings list having earned over $94 million, but it’s possible Mickelson was barely breaking even given his gambling losses and expenses.

It’s also worth noting that Mickelson didn’t win a tournament from 2014-2017, therefore his golf income wasn’t as fluid as it was earlier in his career.

Lefty May Need Some Cash In The Worst Way

Mickelson is registered for the next two majors and has taken the next steps to play in the LIV Golf opener next month.

LIV Golf events will reportedly pay $20 million for the individual portion. Another $5 million purse will be handed out for the team portion, and a season-finale will pay out a $30 million purse.