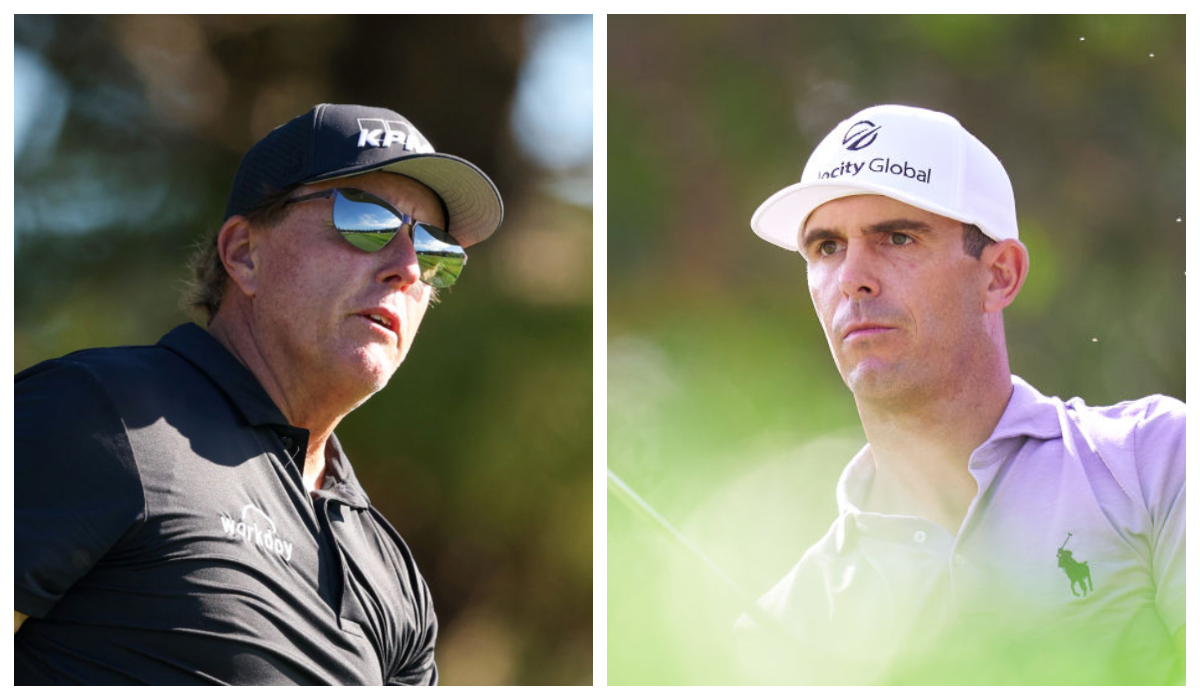 The inaugural season of the breakaway LIV Golf Tour is in the books. It was a wild ride hundreds of millions of dollars in prize money awarded to the 48 players competing in 54-hole events with no cuts.

Dustin Johnson emerged as the individual champion and earned a total of $35,637,767 in prize money, or roughly half of the $74,897,059 he earned in total while on the PGA Tour. LIV Golf had as many critics as it did stars. Phil Mickelson and LIV Golf drew ire from a huge portion of the golf world throughout the season.

Recently, Tiger Woods’ former golf swing instructor Hank Haney revealed on the Flushing It Pod that one of LIV Golf’s biggest critics had secretly approached the breakaway tour requesting a $55 million offer to join. Hank Haney said LIV rejected the offer but many began to speculate who “a player who is really vocal about how bad LIV is and saying LIV golfers shouldn’t play PGAT and DPWT events” could be.

Phil Mickelson‘s recent Twitter activity has led many to suspect that the vocal critic of LIV Golf who potentially had a $55 million request rejected is Billy Horschel. This comes after Phil Mickelson ‘liked’ a tweet from someone who wrote ‘praying it’s Billy Ho’. Here are the screenshots from the Flushing It Pod with Mickelson’s activity that Golf WRX was first to put together:

What has Billy Horschel said about LIV Golf and Phil Mickelson?

Billy Horschel’s comments throughout 2022 have suggested that he’s vehemently against the breakaway LIV Golf Tour. Back in February, Billy ‘teed off’ on Phil Mickelson’s ‘idiotic’ comments about the Saudi golf league. Billy said:

“I’ll put it this way. [Mickelson’s comments] were a little bit idiotic. Some of the statements (Mickelson) made are lies or false. I don’t know where he got his information from. It’s unbelievable that he would say certain things because he understands how the PGA Tour works. For him to say certain things about obnoxious greed and the PGA Tour is sitting on $20 billion and some other things, are complete lies.”

Horschel added “it’s tough because Phil has been a great ambassador to the game of golf and I honestly feel he’s hurting his reputation and tarnishing his legacy a little bit.”

“Maybe those guys aren’t smart enough to think on their own… I know for a fact that certain agents just gave certain players bad information and some of those players are ticked that they listened… [My agent] did play devil’s advocate at the beginning of this year. What if LIV did come to us? What are the pros and cons? We made a list. There were a lot of cons on that LIV Golf side, and very few on the PGA Tour and DP World Tour side… I think the agents saw dollar signs and wanted to cash in on their side of it as well… I know some players regret listening to agents.”