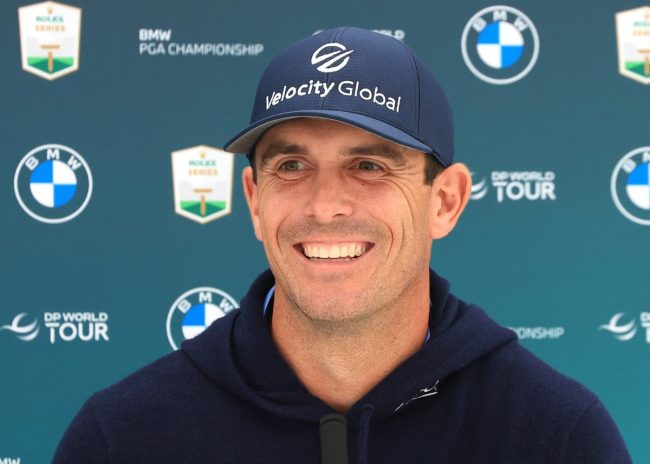 Billy Horschel had some strong things to say about players in LIV Golf on Tuesday. Horschel criticized PGA defectors for now wanting to play on the European Tour.

The golfer is preparing for the DP World Tour’s premiere BMW PGA Championship event in England. And while he’d like to focus on his play, he’s now answering questions about certain competitors that he sees as being “hypocritical.”

Take a listen to what he had to say about LIV players who are only in the BMW field to gain world rankings, since they can no longer do it on the PGA Tour.

“Even though Lee Westwood and Ian Poulter have been stalwarts for the European Tour, I don’t think those guys really should be here. I honestly don’t think that the American guys who haven’t supported the PGA Tour should be here. Abraham Ancer, Talor Gooch, Jason Kokrak [who withdrew from the event], you’ve never played this tournament, you’ve never supported the DP World Tour. Why are you here? You are here for one reason only and that’s to try to get World Ranking points because you don’t have them [on the LIV Tour].

He continued to say what everyone already knows to be true. Players chased the money, not some type of new format or an opportunity to more down time.

“That’s hypocritical because of what some of these guys have said this week. When they said they wanted to play less golf. It’s pretty hypocritical to come over here and play outside LIV when your big thing was to spend more time with family and want to play less golf. So that’s my stance on it. I can see where other guys may differ and have a different opinion. But, like I said, it’s tough. If we were on the PGA Tour, I would be hard lined as I’ve always been.”

He wasn’t alone in that sentiment, as the legendary Gary Player and current pro Jon Rahm shared many of those same views. Horschel is calling it how he sees it. He feels that these players are double-dipping. They were warned about repercussions of leaving for LIV, and they did it anyway.

“Maybe those guys aren’t smart enough to think on their own… I know for a fact that certain agents just gave certain players bad information and some of those players are ticked that they listened… [My agent] did play devil’s advocate at the beginning of this year. What if LIV did come to us? What are the pros and cons? We made a list. There were a lot of cons on that LIV Golf side, and very few on the PGA Tour and DP World Tour side… I think the agents saw dollar signs and wanted to cash in on their side of it as well… I know some players regret listening to agents.”

We obviously know Horschel’s stance on LIV Golf, but he’s hoping the LIV participants won’t affect the outcome of his performance this weekend.