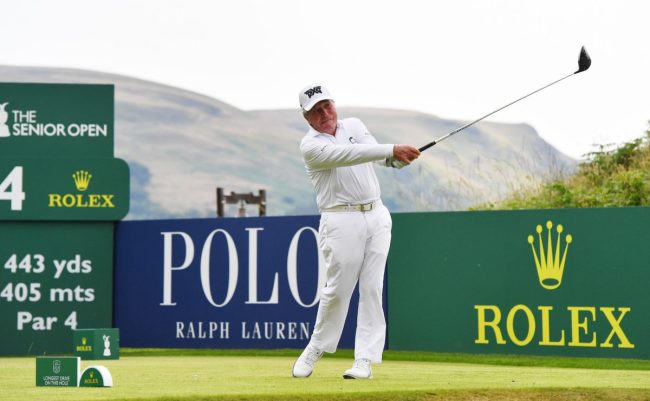 PGA legend Gary Player sounded off on LIV Golf Wednesday in an interview with BBC. Interestingly enough, Player is a Golf Saudi ambassador, an organization that helped spark the beginnings of LIV.

Player, himself, has received backlash for those ties to Golf Saudi, but this week, he decided to send some hate LIV’s way.

He went on a bit of a rant in the BBC interview, spewing the reasoning behind his opinion of the new league. And it seems it has less to do with how they’re funded and more to do with the format.

“How can you even be a champion playing a tour with 54 holes and no cut? What sort of tour is that? 54 holes, no cut, a team event nobody understands. It’s a tour for people who don’t have confidence in their future. They don’t have the confidence they can be winners. It’s never going to compare to the regular tour. No chance.”

Player obviously believes the PGA Tour is the true measure of golf skill. And, to an extent, he has a point. PGA offers a longer, more competitive format that penalizes golfers that can’t perform to par. Cuts limit openings, making events more exclusive to those with the top skill.

LIV, meanwhile, allows everyone to play the tournament through. There is less on the line, leading to a laxer environment at events. Player believes that the new set up takes away from the game and its competitive nature, saying he wouldn’t trade his PGA experience for anything.

“I wouldn’t take a billion dollars for my nine majors on both tours. I worked hard. I had desire. I travelled the world. It was an education. I met wonderful people.”

He didn’t stop there, though.

Player then took aim at Cam Smith, who recently left for LIV following the conclusion of the PGA season.

“Here’s a young man I really thought was going to be a superstar. Now what sort of future does he have? Will he be able to realize this great dream of being a champion? I don’t know.”

He lit Henrik Stenson up with a few strays as he continued the rant on Smith’s move to LIV.

“I don’t blame [Henrik] Stenson for going. He had no money, so he had to go. But this is a potential superstar. I think his advisors have given him the wrong advice.”

Harsh words from the PGA legend.

Honestly have to feel for Stenson the most after Player called him poor for seemingly no reason. It will be interesting to follow Smith’s career with LIV, as well as the trajectory of the league over the next few years.

The PGA is certain to fight back, and it seems they’re already working on an innovative new league of their own. One thing we do know is that Player won’t consider Smith a champion no matter what he does in his new affiilation.