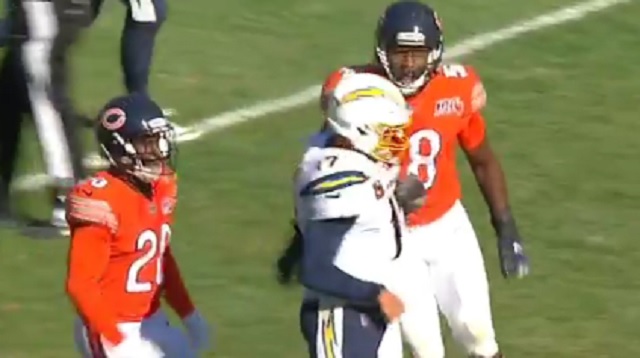 Philip Rivers is a fiery dude.

During today’s game, Rivers got into it with Chargers head coach Anthony Lynn on the sidelines.

Philip Rivers and Anthony Lynn are exchanging words on the sidelines. pic.twitter.com/sCDcf6U6Pj

Rivers would later get into a back and forth with Danny Trevathan after Trevathan mocked him for crying to the referees.

And then Rivers shoulder checked Bears linebacker Roquan Smith who was celebrating a defensive play.

Roquan, with the clean-up… 🐻 pic.twitter.com/Q6FFcpDRwj

Philip Rivers' kids watching him get in a fight with Roquan Smith pic.twitter.com/gm8i1bt34v