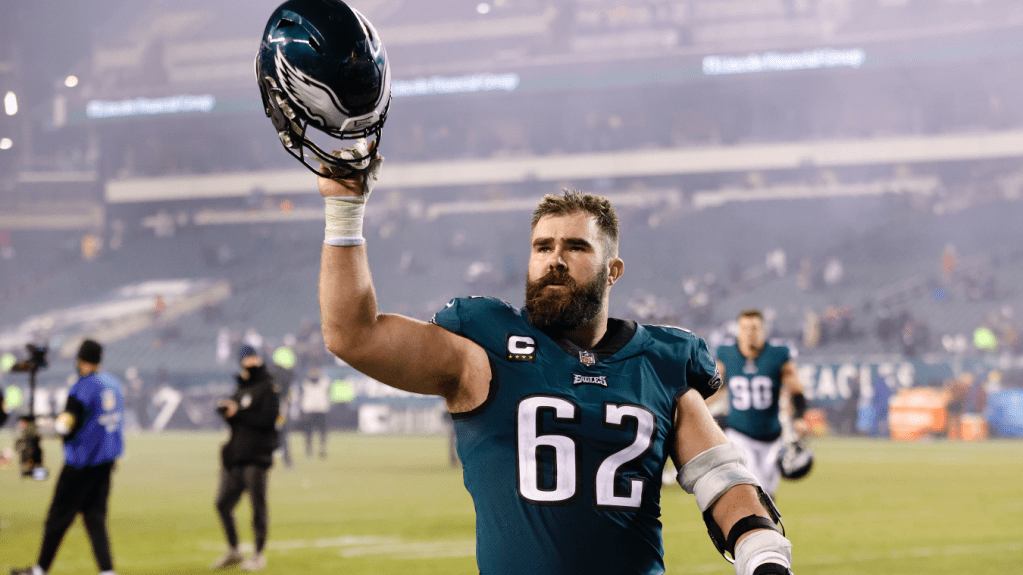 The city of Philadelphia is truly living its best life right now. The Philadelphia Eagles are the only remaining undefeated team in the NFL. The Phillies are playing the Padres in the NLCS and the Flyers are 3-0 to start their NHL season.

On top of all that, they’ll now be gifted ‘A Philly Special Christmas’ album from Eagles players led by Jason Kelce, Lane Johnson, Jordan Mailata, and others. The cherry on the top here is Eagles legend Connor Barwin is listed as an Executive Producer!

Just take a look at how incredible this is shaping up to be:

The comments on Jason Kelce’s Christmas album reveal shows just how hyped Eagles fans are for this. One person wrote ‘Ohhh this will be on repeat’ while another added ‘Oh yea we winning the bowl cuz of this album.’ Someone wrote ‘Team chemistry at an all time high’ which really seems to put a bow on this. The Eagles are in a GREAT place right now.

If it’s not loading for you, Jason Kelce’s caption reads:

“Cannot properly verbalize what a pleasure it was to create and sing on this album. We are excited to share the Joy, friendship, and holiday spirit that went into making it this season! “A Philly Special Christmas” will be available for digital pre-order on 10/29 via iTunes with vinyl copies being made and ready by Christmas. I hope everyone enjoys it as much as we did creating it. Huge thanks to Children’s Crisis Treatment Center and their Annual Toy Drive. All proceeds raised will go to making peoples holidays brighter.”

Here is that video again:

Kelce, Lane and Mailata are making a christmas album and they named it A Philly Special Christmas 😭 pic.twitter.com/Ahe5RwMXe1

Philly Faithphul can already pre-order ‘A Philly Special Christmas’ on iTunes and it will be here in less than 10 days. And diehards can order the album on vinyl to wrap it under the tree this holiday season.

While this 100% serious project is going to be 100% incredible and played in every bar and stadium in Philadelphia from now until the end of time, I had an idea…

Makign someone record a Christmas album might be one of the best possible Fantasy Football Punishments on the table. For anyone out there looking for a punishment for this year’s league, give it a consideration.