Phoenix Suns Expected To Match Record-Setting Deandre Ayton Offer Sheet, Eliminating Possibility Of Him Being Traded To The Nets 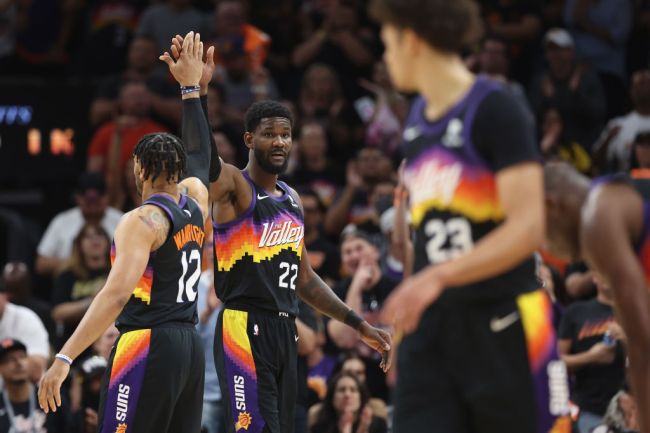 Since the start of NBA free agency, the Indiana Pacers have been viewed as the frontrunners to sign Deandre Ayton. Today, Adrian Wojnarowski reported that the Pacers offered Ayton the largest offer sheet in NBA history at $133 million over 4 years.

Despite that monster offer, it seems the Pacers still aren’t going to end up acquiring Ayton this offseason. After reporting the offering from the Pacers, Woj then reported that the Suns intend to match the offer.

So far, Suns haven't shown an interest in negotiating a sign-and-trade on Ayton with the Pacers, but the expectation remains that Phoenix will match the record-$133M offer sheet once it's signed, sources tell ESPN. Suns could trade Ayton as soon as Jan. 15 once sheet is matched.

Matching this offer sheet would mean that the Suns and Ayton would together until at least January as that would be the next time he could be traded. Ayton would also have the ability to veto any trade involving him for the next year.

This all means that Ayton can no longer be used as a trade piece for the Suns to land Kevin Durant, likely shifting the focus of the deal to Mikal Bridges if the Suns continue to pursue Durant.

However, even if the Suns don’t land Durant, retaining Ayton still keeps them in contention for the franchise’s first ring. They had the NBA’s best record last season with this same core and would be among the favorites to win the NBA title with this current roster.

Deandre Ayton will be a big part of the Suns’ chase for their first ring.