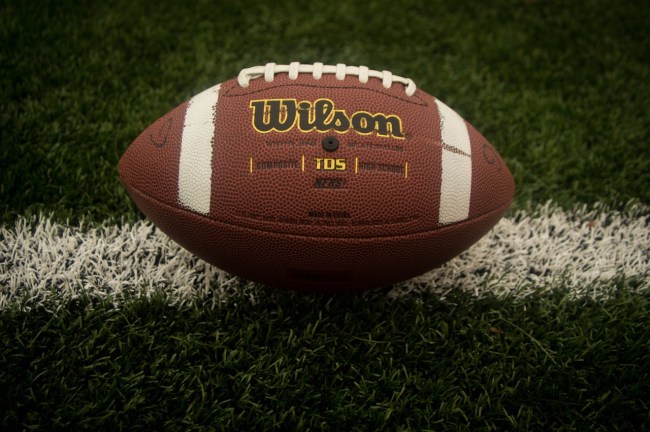 Every year we get new videos and stories about the insane living perks and arrangements big-time college athletes receive, but we don’t really hear about living arrangements at these small schools.

Well, a report involving Los Angeles Pierce College – the school Shia LaBeouf went to actually – and head football coach Carlos Woods has brought us into that world and oh boy is it bad.

Per the Los Angeles Pierce College Roundup, allegations are being presented that Woods was charging players $350 for rent to live in an apartment building. That’s troubling enough, but a huge detail here is that one former player, Jose Cordova, said that there were upwards of 30 players living in a three-bedroom apartment at one time.

Thirty people in a three-bedroom apartment. That’s tough to even imagine.

Cordova was moving cross-country from Orlando to the Los Angeles community college and said Woods promised him a lot of things that never came through.

“Coach Woods told me that I was valid to move to L.A. from Orlando, Florida, and that my housing would be set up with other players coming in and returning athletes,” Cordova said. “Woods told me that it would be four to five players in a three-bedroom, and we would all split the bills and each pay $350 for rent – everything included.”

“He promised actual living space, and it ended up being like a camp/jail with how many people were living in that house,” Cordova said. “Lines Woods had crossed would be 30 guys in a three-bedroom and almost half of his recruits wouldn’t pay rent and bills wouldn’t be paid.”

Players reportedly made do with the space they had sleeping in stacked bunk beds and cots wherever there was a spot to put one.

Cordova told the publication that he ended up homeless at one point after the eventual eviction notices came to the players living in the apartment.

Woods even allegedly told the players living there to start showering at the school seeing as how 30 people sharing a couple of showers in an apartment produced an outrageous utility bill.

In a secret recording given to the Roundup by one of the football players, Woods is heard telling some players to take a shower in the north gym at Pierce to cut down on a $3,000 water and power bill. He also talked to the players about getting their rent in and offering to call their parents for them to get the rent money. The recording also included discussions of who was responsible for the leases.

This is a horror story, really. Pierce has been known as a pretty strong landing spot for football players trying to make the jump to bigger programs later down the road. They’re just looking for that next step, but these allegations point a huge finger at the program.