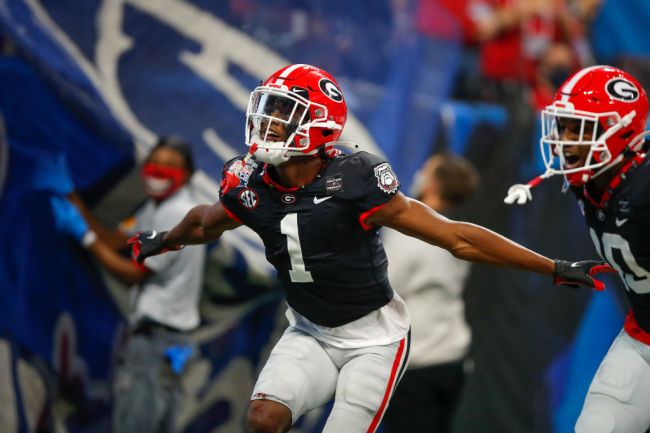 Heading into this year’s NFL Draft, it seemed the biggest question mark at the wide receiver position was George Pickens. Pickens had flashed his talent during his freshman and sophomore seasons at Georgia, but lost most of his junior season to a torn ACL before declaring for the draft.

The Pittsburgh Steelers ended up being the team to put their faith in the talent Pickens showed before the injury and drafted him 52nd overall, making him the 11th receiver off the board.

Just a few days into training camp , Pickens appears to already be making some teams wish they hadn’t passed up the opportunity to draft him.

Mitch Trubisky to George Pickens for the play of the day #steelers pic.twitter.com/4LmXLMZvPi

Today, he added an absolutely ridiculous juggling catch to the highlights reel he has been building recently at practice with the Pittsburgh Steelers.

Never give up on a play 😤

Pickens has been making plenty of noise early on at camp as he tries to break into a very crowded receiving corps. With Diontae Johnson, Chase Claypool, and Anthony Miller already on the roster at receiver and Pat Freiermuth at tight end, whoever wins the team’s QB competition is going to have plenty of options to throw to.

If Pickens can continue to make these kinds of impressive grabs, he may be able to carve himself out a role right off the bat during his rookie season and potentially give the team another reliable option at receiver.

he’s definitely already at least established himself as a player to watch during training camp.