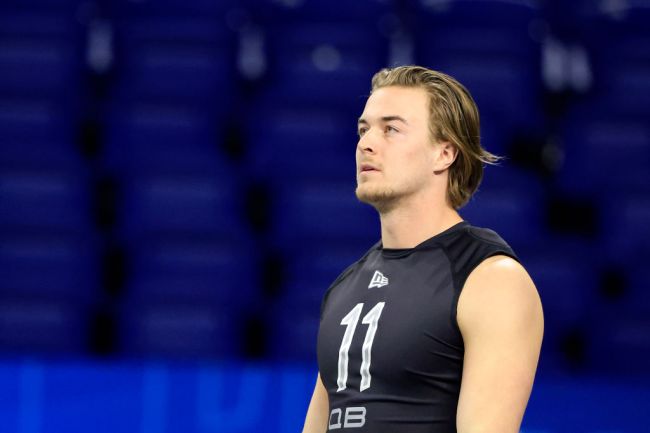 Pittsburgh Steelers wide receiver Chase Claypool made headlines yesterday with an absolutely shocking assessment of himself. Claypool claimed that he is a top 3 receiver in the NFL despite not yet having topped 900 yards in a season in his career.

The surprising comment came during an appearance on the I AM Athlete podcast.

During that same appearance, Steelers receiver also had some positive comments about his team’s newest quarterback.

“[Pickett] looks good. He’s mobile,” Claypool said. “He’s faster than people think, so that’s going to be new for us. And I think it’s going to create plays. You see so many of Ja’Marr’s plays and Tee’s plays are from Joe leaving the pocket and making plays happen. And you know, we’re young, we’re versatile, we’re dynamic, so he’s going to add to that.”

The Steelers drafting Kenny Pickett after emphasizing their desire for a mobile quarterback this offseason was a bit of a surprise. Among the top quarterbacks in this year’s draft class, Pickett actually had the least impressive rushing numbers.

Still, it seems that the mobility he brings to the table was enough to convince the Steelers to use a first round pick to acquire and now he appears to be convincing his teammates that his mobility will be an asset as well.

He’ll surely be a big improvement in that department for the Steelers after Ben Roethlisberger rushed for 16 yards in 31 games over the past two seasons.

Now Claypool will just need to hope a bunch of those plays Pickett creates for the Steelers will be coming his way if he is going to have a chance to back up his “top 3 receiver” claim.