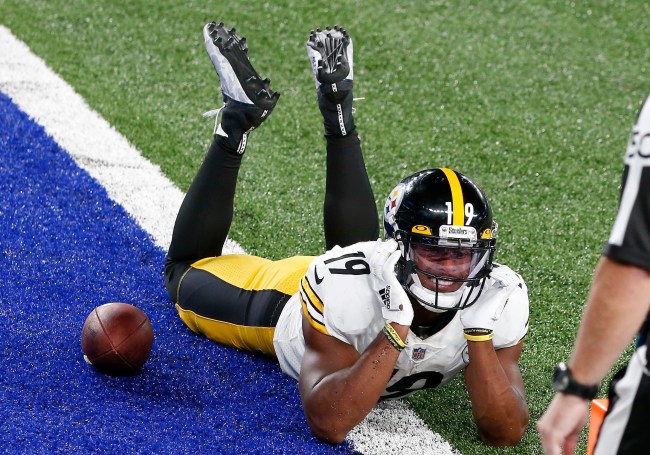 The Pittsburgh Steelers improved to 11-0 on Wednesday afternoon with a 19-14 win over the Baltimore Ravens. It may have been one of the uglier NFL games in recent memory, but a win is a win and Pittsburgh continues to hold the title of the lone team left in the NFL without a loss this season.

The usually sure-handed wideouts for the Steelers didn’t have their best game against Baltimore and when asked about their efforts during a Friday media session, Pittsburgh offensive coordinator Randy Ficthner described them perfectly.

Instead of saying something mediocre like ‘it just wasn’t their night,’ Fichtner said his young wide receivers are “like a fart in a skillet.”

“In their beginning years, they’re like a fart in a skillet. They’re just bouncing around everywhere. Like popcorn.”#FartInASkillet pic.twitter.com/Zj6QtYb4JQ

I’ve never heard that phrase before in my 28 years of living, which is saying a lot since I’m from a small town in Tennessee where bizarre phrases run rampant. Nevertheless, I like it, I like it a lot. I like it because it makes a lot of sense. I suppose farting in a skillet would ‘bounce around like popcorn.’

Fichtner is originally from Cleveland and has coached at both the college and NFL level all over the country. I’d be interested to know where he picked up this phrase or if he thought of it all by himself.