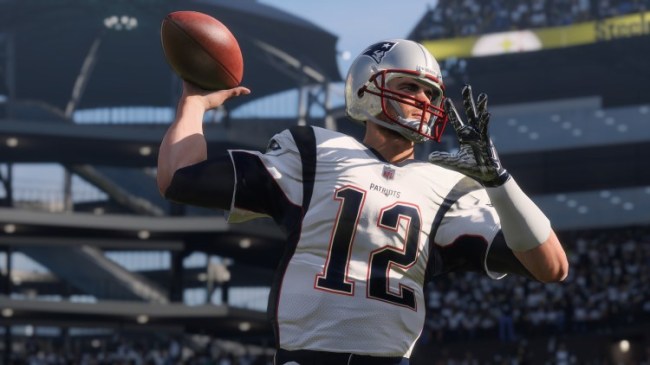 Every year, EA Sports manages to convince millions of people (myself included) to drop $60 on a slightly tweaked version of the previous year’s Madden with new features that usually feature “dynamic” or “enhanced” in their name. This year will be no exception because the promise of signature touchdown celebrations is more than enough to convince me to get the most recent installment.

The game might be targeted at football fans who are looking to live vicariously through the lives of virtual athletes but it shouldn’t be any surprise that many of the NFL players portrayed in the game are also obsessed with it— especially when it comes to their ratings. It’s no secret plenty of players keep tabs on how talented they are in the eyes of the game’s creators, who have been at the receiving end of a ton of criticism from people who weren’t thrilled with the evaluation of their skills.

.@Lj_era8 got to play as himself in Madden after the NFL Draft.

But they better adjust his speed rating ASAP. 😂😂 pic.twitter.com/jpMQx8lxmm

Jackson might have been underwhelmed by his rating, but there are at least seven NFL players who won’t have much to complain about. On Monday, EA Sports revealed which players will have the top rating of 99 when Madden 19 is released on August 10 with a list that doesn’t feature too many surprises. Here’s the complete lineup:

Only Brady, Donald, and Miller made the list last year but it’s worth noting all ratings are subject to change based on how players perform over the course of the season.

According to an EA Sports rep, every player with a 99 rating gets a trophy to commemorate their achievement so I’m glad Brady will finally have something to brag about.