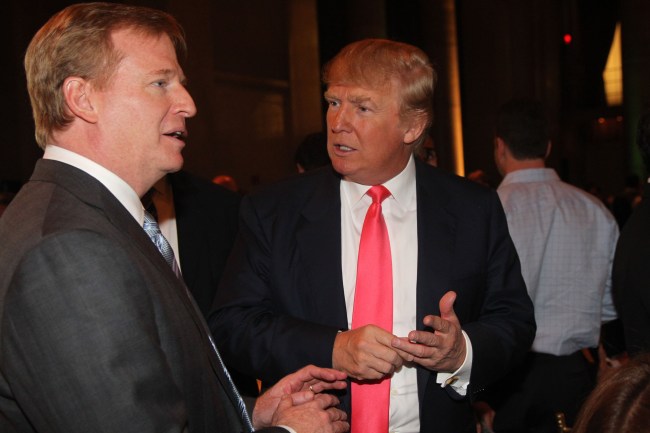 President Trump has some questions for Roger Goodell and the NFL over their national anthem policy.

After receiving pressure from several high-profile players, NFL commissioner Goodell released a video on Friday admitting that the league was wrong for not listening to players and encouraged them to protest peacefully following the death of George Floyd at the hands of a Minneapolis police officer.

On Sunday night, Trump questioned whether Goodell and the league had changed their policy to allow players to protest during the anthem after releasing the apology video.

Could it be even remotely possible that in Roger Goodell’s rather interesting statement of peace and reconciliation, he was intimating that it would now be O.K. for the players to KNEEL, or not to stand, for the National Anthem, thereby disrespecting our Country & our Flag?

It’s still currently unclear if the league has changed their anthem policy, which currently states that players must stand or stay in the locker room during the anthem, but it seems like they’re going to have to make a decision soon considering players like Adrian Peterson are saying they’re going to be kneeling next season.