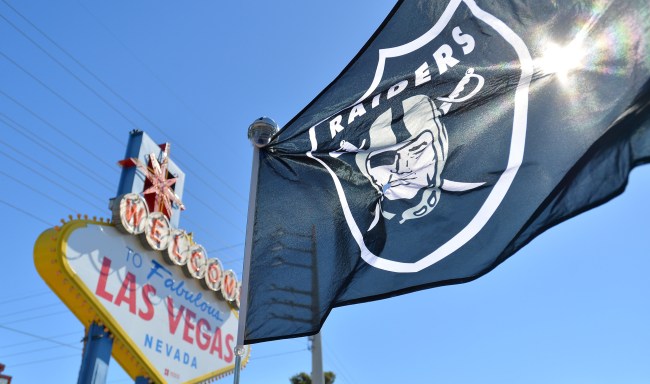 The Raiders finally have a home for their games in the 2019 season as they have negotiated a new deal with the Oakland-Alameda County Coliseum after their bid to play at Oracle Park in San Francisco was strongly rebuffed. But it’s their home for the 2020 season (if all goes as planned) that’s been really drawing attention.

And rightfully so, as we’ve already seen that the Raiders’ new stadium in Las Vegas is going to be pretty epic. (Not quite Los Angeles Rams new stadium epic, but still, pretty freaking cool.)

The team originally had hoped to move into their new digs in 2019, but that isn’t going to happen. In fact, their new target of 2020 might not even happen as their new deal with the Oakland-Alameda County Coliseum includes a team option for 2020 in case their new stadium in Las Vegas still isn’t ready by then.

The #Raiders agreement with the Coliseum Authority is for 2019, but it also includes a team option for 2020 if their Vegas stadium isn’t ready, sources say. The steps should be: Board meeting Friday or Tuesday. Then city council. Then final approval by the March league meetings.

“It’s exciting when you go to Las Vegas,” Gruden told reporters at the NFL combine. “You can’t deny that the stadium they’re building is one of the coolest things I’ve seen in my lifetime. The Oakland Raiders brand, the Las Vegas Raiders brand to me is as good as there is in all of sports. To be a part of it is something that really fires me up.”

Something else that will get Vegas Raiders fans fired up is some new footage Arash Markazi of the Los Angeles Times shared on Sunday.

In the video we get our first look at what the suites and club seats will look like at the Raiders’ new Vegas stadium.

A preview of what the suites will look like at the new Las Vegas Stadium, the future home of the Raiders. pic.twitter.com/ojdeoXQ8mD

Markazi also shared other video and pictures of the Raiders Preview Center that fans can visit in Las Vegas.

Los Angeles Raiders fans will love the Raiders Preview Center, which is open to the public and located at the Town Square shopping center. The Raiders expect 1/3 of their season ticket holders in Las Vegas will be from California. pic.twitter.com/qwp3lX6TtE

The Raiders are definitely catering to their fans in Los Angeles ahead of their move to Las Vegas, which is a 45-minute flight or a four-hour drive from L.A. pic.twitter.com/KPMKisgRQd