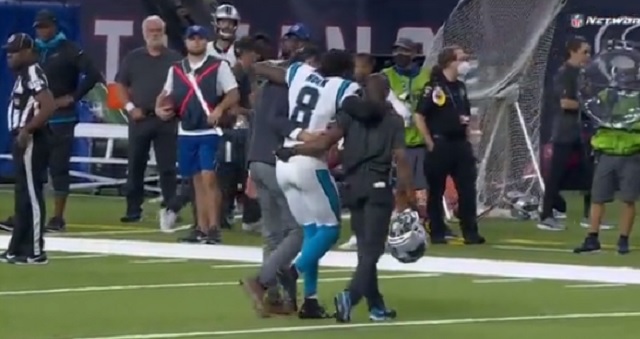 Not only did the Carolina Panthers lose Christian McCaffrey to a hamstring injury but it appears they’re also going to be without rookie Jaycee Horn for quite some time.

On Thursday, Horn was carted off the field after going down with a non-contact injury in the second half of the Panthers-Texans game.

Oh no. #Panthers first-round rookie CB Jaycee Horn is being helped off the field and he can't put any weight on his right leg. #CARvsHOU

Here’s what happened to #Panthers CB Jaycee Horn. It's a non-contact injury and he immediately signals for help. A lot of breath holding for the #Panthers right now.pic.twitter.com/VbibSvnkgc