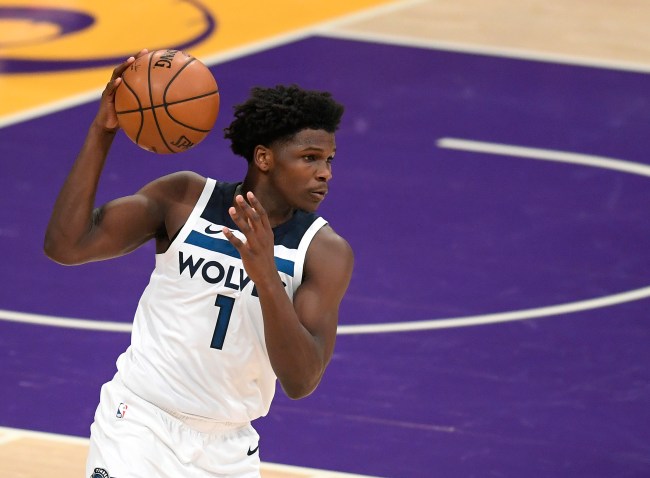 NBA rookie of the year candidate Anthony Edwards apparently likes to play Madden for money and is now being accused of refusing to pay after a loss.

On Tuesday night, professional Madden player and Youtuber AB Got Game put Edwards on blast for refusing to pay him $22k after recently losing a string of video game bets.

The Youtuber, who has a video of himself playing against Edwards, says he has video recordings of Edwards admitting and losing the bet.

NBA rookie Anthony Edwards is down bad…dude owes me 22K and blocked me on everything. Please make this go viral. This is some real scumbag shit. (Also I have audio/video recording of EVERYTHING) pic.twitter.com/x4cxZFWmM0

AB Got Game says he’s outing Edwards because he doesn’t want others to get ripped off by Edwards.

Bro this isn’t about me getting the money. I’m tryna save y’all from playing this millionaire pro athlete for money and losing and paying him, even though he prob won’t pay you if he loses.