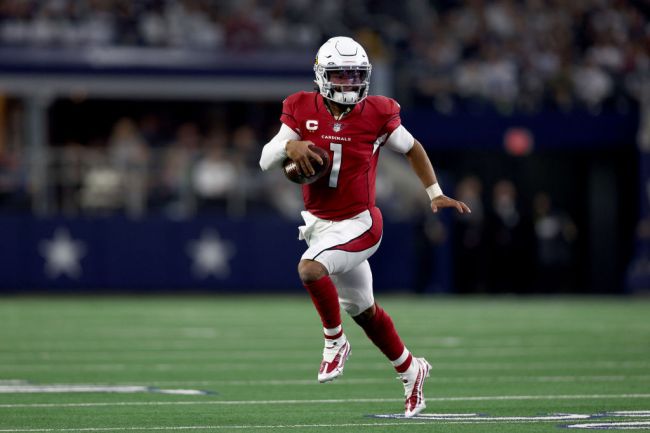 Throughout this offseason, Arizona Cardinals fans have been left to wonder what exactly is going on with their favorite team and its star quarterback.

The offseason began with Kyler removing the Cardinals from his social media accounts. Then it became clear that Kyler wanted a contract extension even though he still has another year and a 5th-year option on his rookie contract.

There were times that it seemed like he could be ready to force a trade if he didn’t get the deal he wanted and when it was reported that he hadn’t shown up for OTAs, it raised questions about whether or not he was still he was still angling for an extension.

It turns out there wasn’t really anything to worry about all along. According to NFL reporter Albert Breer, Kyler not only showed up for OTAs, but he has actually participated more than expected.

More context on Cardinals QB Kyler Murray's appearance at OTAs this week—it actually wasn't his first this spring. He was also with the team for a couple days during Phase II. And a lot of starters (most of the OL, James Conner) didn't show til this week.

Despite all of the speculation throughout the offseason, it looks like Kyler is ready to go for the Cardinals. Even with Deandre Hopkins suspended, he’ll have more to work with than ever as he tries to really drive up the price on that extension.

This update should give Cardinals fans plenty to be excited about as the team tries to bounce back from a disappointing end to the 2021 regular season and aa quick playoff exit.