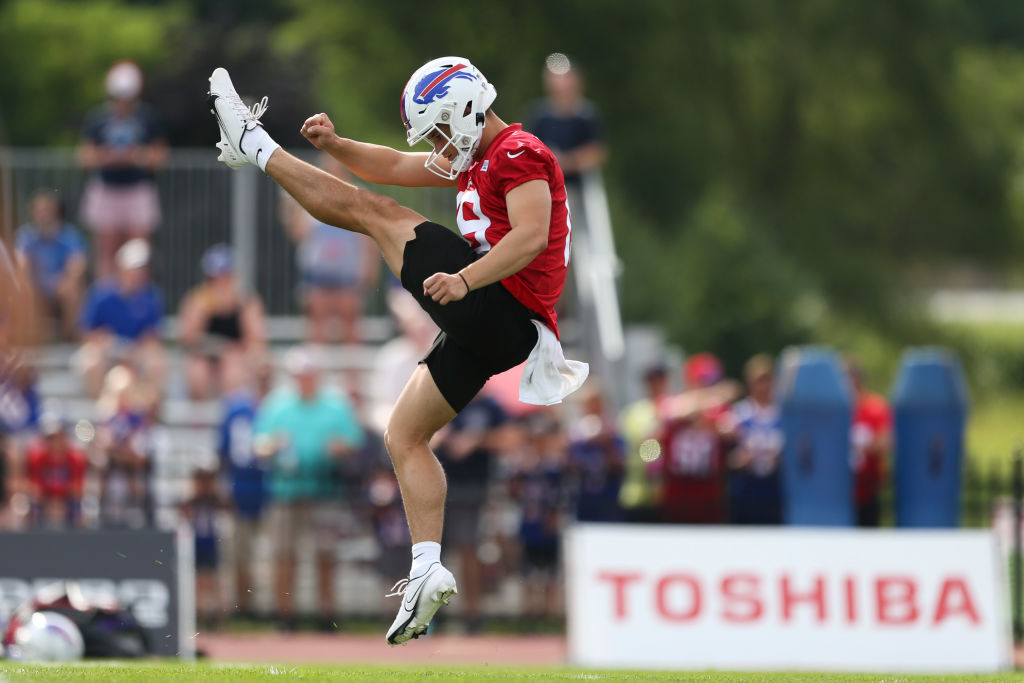 ‘Punt God’ Matt Araiza is already living up to his nickname.

Araiza, who was drafted in the fifth round by the Bills, made his NFL debut on Saturday and delivered a 82-yard punt in his first pro game.

Araiza is currently competing with veteran punter Matt Haack for the starting job on the Bills, but it appears that the competition is already over.

First round of roster cuts around the NFL must be made by Monday.#Bills should have Matt Haack part of that to allow him chance to latch on to another team.

Matt Araiza will have his ups and downs, like Tyler Bass his rookie year, but he's definitely the guy.

Matt Haack, its time to pack your bags