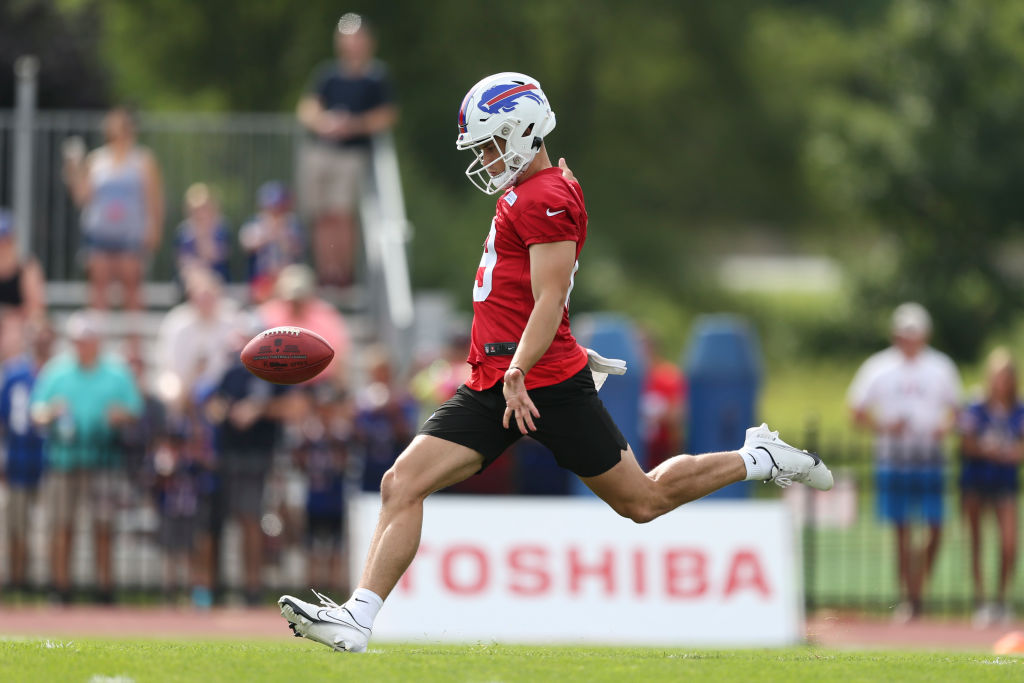 “Punt God” Matt Araiza’s time with the Buffalo Bills is over.

Earlier this week, a woman accused Araiza and two of his former San Diego State teammates of gang-raping her when she was 17 years old.

The Bills decided not to play Araiza in their final preseason game on Friday and have now informed him he has been cut.

Bills have informed rookie punter Matt Araiza that he is being released, effective immediately. Araiza has been accused along with two others of gang raping a 17-year-old girl last year in a civil lawsuit filed on Thursday.

An emotional Sean McDermott addressed the media on Friday and said he was having trouble sleeping when the rape allegations were made public.

“This is a game, but there are other things that are more important than this.” pic.twitter.com/Me6ybkRfzD

“Understand there was a game just played, but I want to talk about something that’s more important which is what we have going on with one of the members of our team right now, Matt Araiza,” “It is a situation that is extremely serious, just hard to go through and it’s not a situation that I or we take lightly whatsoever. I understand the sensitivity of the situation. And it’s clear we have work to do to continue to figure this thing out here and we’re going to do that.”

“Again, it’s not a situation we take lightly. I’m hurt, I understand they’re hurt. And it’s emotional. It’s not easy to hear about some of the things that I’ve heard about over the last several hours, say. Haven’t slept a lot to be honest with you.”