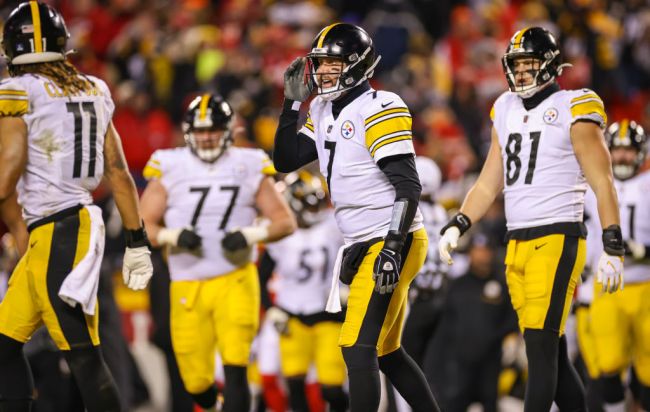 With every head coaching vacancy around the NFL filled, the next position that many teams around the league need to figure out is quarterback. Some teams are looking at free agency to fix their quarterback issues. Some might make a blockbuster trade for one of the few star quarterbacks that might be available by that route.

A few of these teams are going to have to dive into a quarterback class that was viewed as very weak throughout the college football season. Recently, a couple of teams have developed interest in those draft prospects.

One of those teams is the Pittsburgh Steelers. The Steelers have been linked with quite a few quarterbacks this offseason. Some thought they made sense for Aaron Rodgers. They were viewed as a potential landing spot for Russell Wilson if he was traded. Deshaun Watson has been brought up. Some think they might go after Jimmy Garoppolo.

It turns out the Steelers are more likely than we expected to draft a quarterback this year. It originally seemed unlikely that a top option would be available at pick 20, but now it’s expected that they’ll land Malik Willis with that pick.

It’s a move that might not prevent the Steelers from still having to pick up a veteran for this season. Malik Willis fits the mold of the “mobile QB” the Steelers reportedly desire, but it seems unlikely he’d be ready to take over next season.

It would be surprising to see any of this year’s class truly impress in their rookie season. Still, Willis could be exactly what the Steelers are looking for as they attempt to find a starting QB without an early draft pick.

If Willis actually does drop that far in spite of a strong Senior Bowl, it would be surprising not to see the Steelers make him their future.