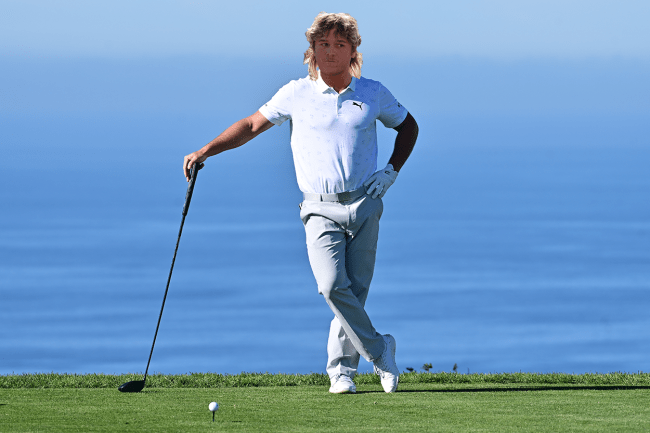 Quinn Ewers is poised to make a lot of money as QB1 at Texas and eventually in the NFL. However, he might consider chasing the bag as a professional golfer after his recent performance at Topgolf. At the very least, he would take less hits.

He is expected to be the starting quarterback this fall and will be launching passes on the gridiron. In the meantime, he is launching golf balls.

A couple of Texas players and coaches swung by Topgolf earlier this week and Ewers became the newest elite athlete to send a drive to the moon. Longhorns passing game coordinator Brennan Marion tweeted from the team event that he saw Ewers hit the ball over the net.

Of course, everyone wanted to see the drive for themselves, so Marion took a video and posted it to his Instagram story. Ewers steps up to the tee, takes a heavy hack and crushed it out of the entire range. The drive may not have landed yet.

Ewers is set to make at least $1 million in various deals for his Name, Image and Likeness this fall. If Topgolf was smart, it would get in on the endorsements and sign the Texas quarterback to some sort of campaign that involves his massive drives and his John Daly-esque look. That ball was GONE IN A HURRY.