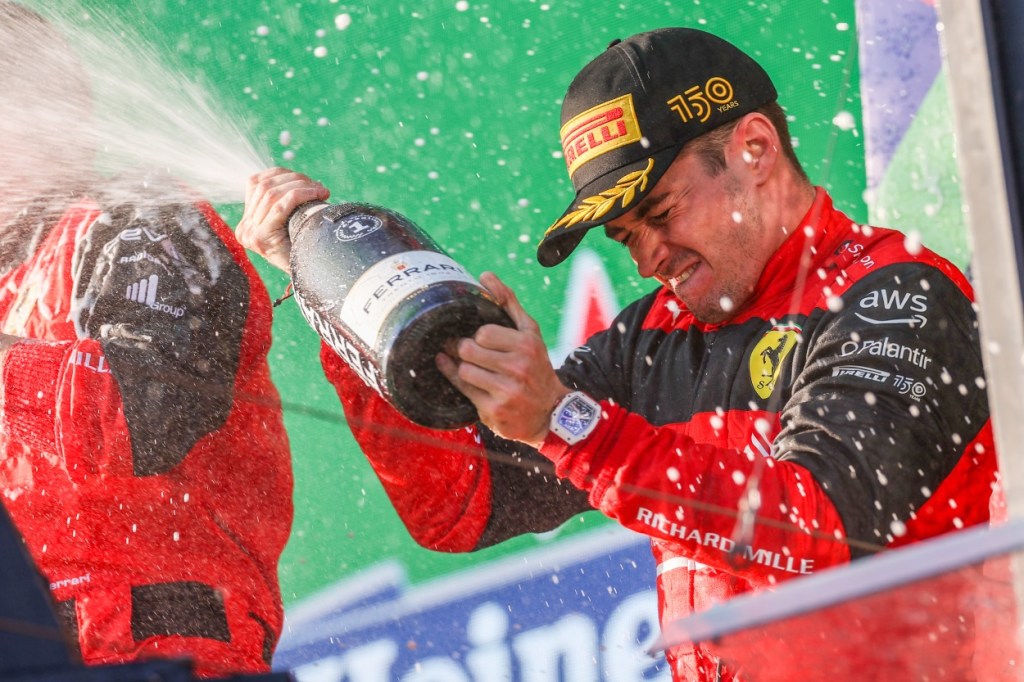 Formula 1 superstar Charles Leclerc was reportedly robbed by a pickpocket in Italy who made off with his $320,000 Richard Mille watch. All crime is deplorable, that should go without saying, but pickpockets are amongst the scummiest criminals on the planet. They prowl around and take advantage of people who feel comfortable and exploit someone’s personal generosity to rob them when they’re unsuspecting.

Living in the United States, pickpocketing is kind of like the Bermuda Triangle or quicksand. It’s one of those things we learned about as kids and we were led to believe it’s a much bigger problem (here) than it ever is. I lived in NYC for a decade and never once encountered a pickpocket or knew a single person who was pickpocketed. In Europe, however, it’s apparently a much more common type of thievery.

Charles Leclerc arrived in Italy for this week’s 2022 Emilia Romagna Grand Prix at the world-famous Autodromo track. According to TMZ, Leclerc was being a tourist in Via Salvatori and walking around at night (10 pm) when he was ‘recognized by fans’ who asked to take a picture with him. Shortly after taking the photograph, he realized his $320,000 Richard Mille watch was missing.

If there is a silver lining here it’s this: Charles Leclerc is a Ferrari driver and Ferrari has a partnership with Richard Mille. His team will be able to get him another watch if his timepiece isn’t able to be recovered by the authorities.

This picture was posted to the official Richard Mille Instagram account after Charles recently won the Australian Grand Prix:

Here’s a good look at the watch:

That Richard Mille was personal even to me…I imagine for Charles🥲 pic.twitter.com/OSQs8BXPvP

Now this is personal, they stole Charles’ Richard Mille pic.twitter.com/YS82IzwWEB

This was yesterday in Italy so it must have been the Richard Mille 😭 he barely wears another watch because it's a sponsor…so sick to my stomach I hope it can be replaced …..I am just glad his okay 💕 pic.twitter.com/gxUQ1X9bUB

THE RED RICHARD MILLE THAT HE NEVER TAKES OFF???? pic.twitter.com/dfJ5xTFTh7

According to TMZ, this didn’t stop Leclerc from taking a picture with a fan just hours after being robbed:

A post shared by Fan Page for Charles Leclerc (@charles_is_my_idol)

Charles has had a red hot start to the Formula 1 season. He leads all drivers with 71 points (Russell in 2nd with 37) and has already notched 2 wins and 3 podiums in just 3 races.

Thankfully, he wasn’t harmed in the robbery. Unfortunately, as far as I understand the world of pickpocketing they are rarely apprehended because their craft relies on not being noticed. But his red Ferrari Richard Mille watch is iconic. It’s not as if someone can just sell it on the secondary market without someone else recognizing it.