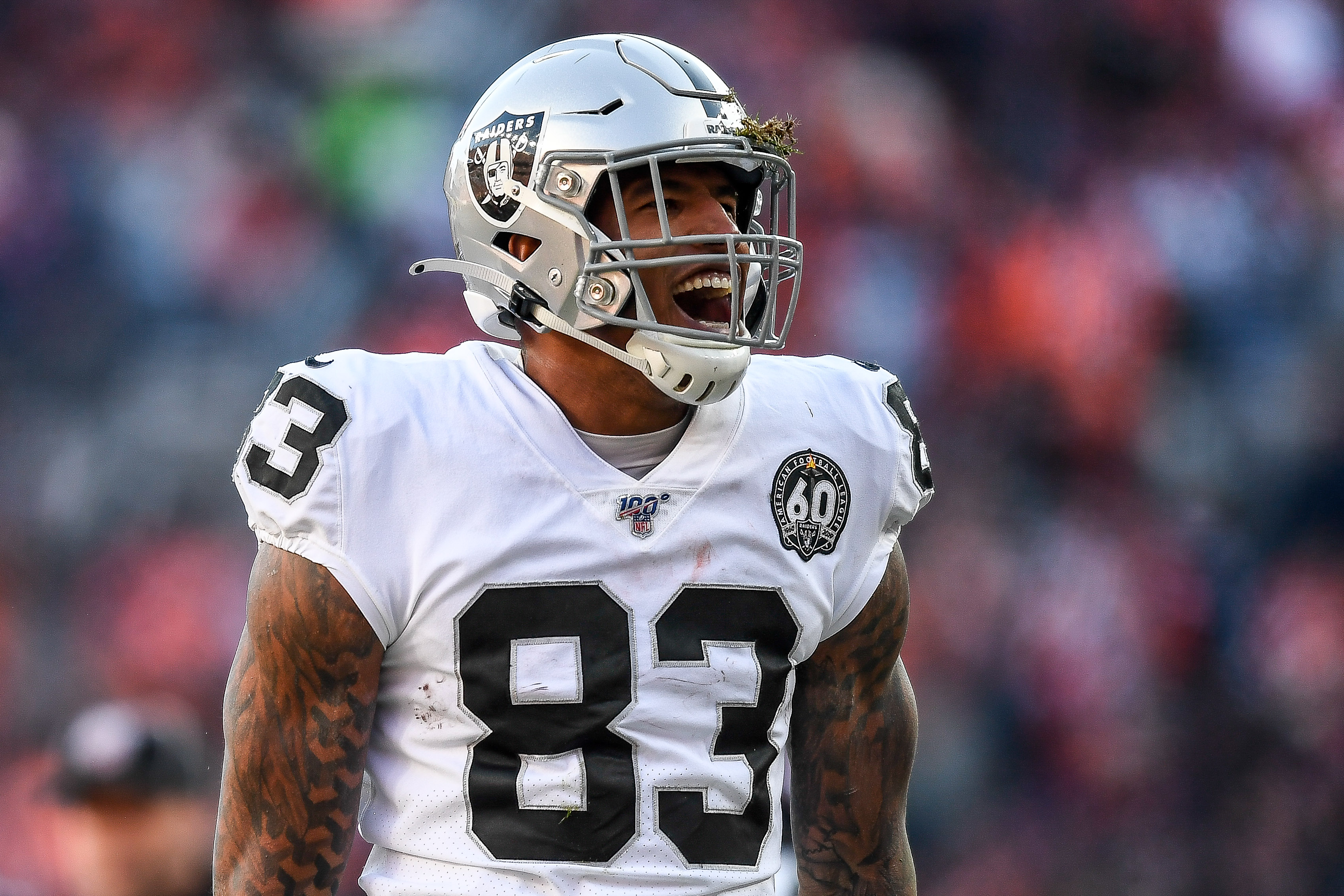 Raiders’ tight end Darren Waller is very excited about being a part of the team’s future despite the trade rumors surrounding him.

Who’s ready for the 2022 #NFLDraft?! Honored to be at @USAA’s chalk talk with #Military members from @NellisAFB & @Creech_AFB. Thank you for your service & sacrifice! #SaluteToService #USAApartner pic.twitter.com/NPMbcBRp04

Waller told us that he’s “very excited” and optimistic to play alongside superstar wide receiver Davante Adams, who was the team’s big trade acquisition this offseason.

Probably got the best receiver in football on our team now…I’m very excited about the additions that we’ve made.

With Davante added to the mix it just puts defenses in a bind, they gotta come in and make a decision, show their hand and be like who can we focus on? Because if they put their focus on Davante then there’s going to be unfavorable matchups on me, Hunter Renfrow, Foster Moreau…they’re going to have to pick and chose and they’re not going to be able to take everyone out of the game, we got too many people that can make plays so offensively that makes for a very explosive and balanced attack.”

Waller was also big on the Raiders deciding to sign Derek Carr to an extension.

“Bring back your top leader, your best preparer, your best top competitive spirit…You need that, you need guys that could hold it down, hold the glue together, lead guys when it’s tough then when things are going great, keeping guys humble…having Derek in place is very important for where we want to go”

Waller went on to shut down recent trade rumors by telling CBS Sports’ Zach Gelb that the team told him that he wasn’t going to be traded.

TE Darren Waller told @ZachGelb that, despite any pre-draft rumors connecting him to the Packers, the Raiders told him that he’s staying in Las Vegas. “They said that’s not a thing that’s happening and there’s no trade that’s going to happen,” Waller said today.

Darren Waller told me the Raiders told him he isn’t getting traded. @CBSSportsRadio