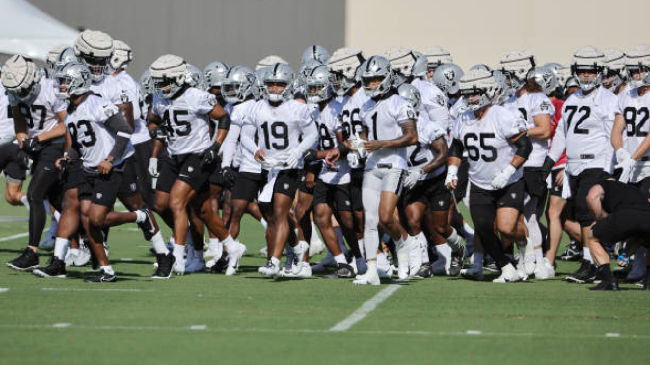 It’s a sad day in any young man’s life when they arrive at college and realize that they won’t spend the next 4 years partaking in Marathon Monday, taking rabies, and

It turns out this is a very relatable pain for one NFL player. Las Vegas Raiders fullback Jakub Johnson was born in Germany and lived there until his senior year of high school. That year, he was recruited to play college football for the Tennessee Volunteers.

Today, he revealed his wild expectations for his time in college. Johnson thought that going to college in the US would be like being on Blue Mountain State

Jakob Johnson believed that America would be like what he saw in movies and TV shows when he came over from Germany.

He was convinced college would be like the show “Blue Mountain State” which prompted me to ask him who’s the Thad Castle of the #Raiders pic.twitter.com/acBgIgUBG6

Johnson also revealed that he is the Thad Castle of the Raiders. Johnson actually was recruited by Tennessee as a linebacker, the same position Thad played at Blue Mountain State.

Johnson hasn’t had quite as prolific of a career as Thad, who captained BMS to a National Championship appearance as a junior and was expected to go top 3 and make a billion dollars.

However, he has managed to retain a role in the NFL and even scored a touchdown for the Patriots back in 2020. If he can show off the same unwillingness to go down as Thad did at BMS practices, Johnson could be able to make his impact felt as a short yardage runner for the Raiders this season.

If he truly is the Thad Castle of the Raiders, football fans will surely now have to wonder what a Raiders Super Bowl parade in Vegas could look like.