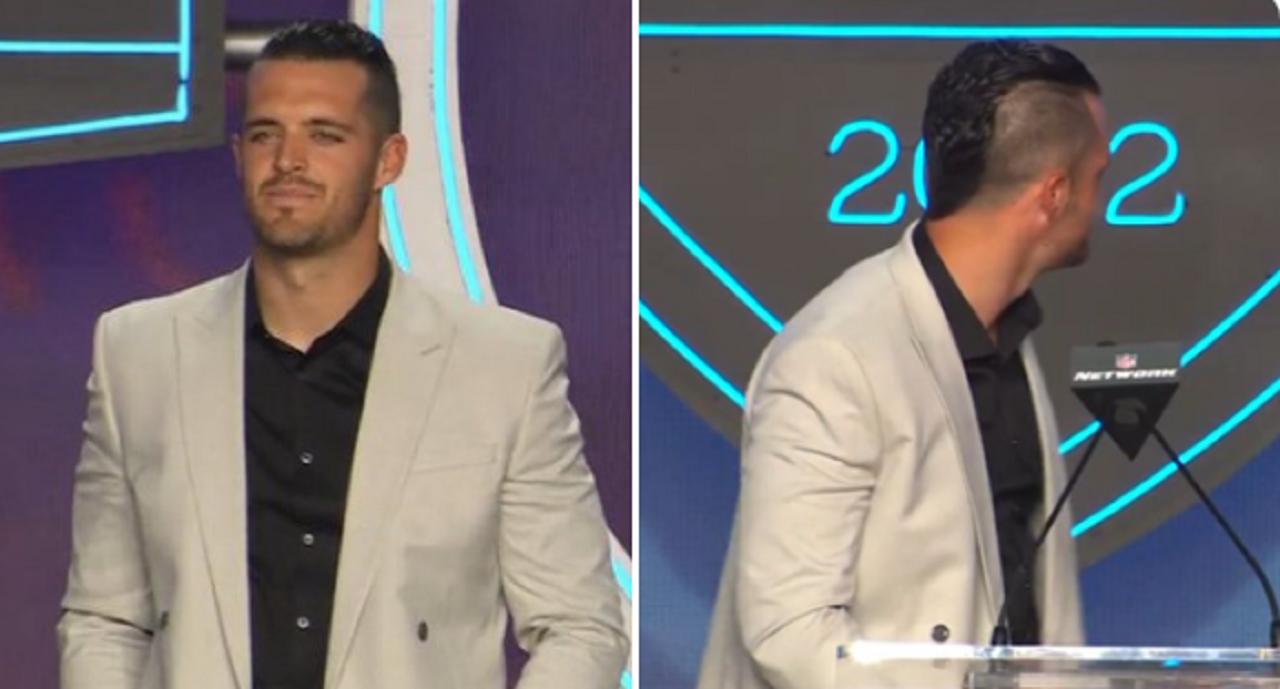 Raiders QB Derek Carr got himself a new haircut during the NFL draft.

On Thursday night, Carr made an appearance on stage ahead of the first pick was selected to welcome the crowd to Las Vegas.

Ice Cube and Derek Carr in the house to kick off the Draft!@icecube | @derekcarrqb | @raiders

While he was on stage, many noticed Carr sporting a new mohawk that looked absolutely ridiculous on him.

wtf Derek Carr do to his head pic.twitter.com/v3bg35arfd

Carr immediately started trending on social media because fans at home were mocking him.

Derek Carr's barber in the off-season too 😂 pic.twitter.com/rbwgeXdUiA

I gave myself this haircut during lockdown two years ago https://t.co/H99i4gAxl9

Now may we never speak of Derek Carr’s hair ever again.

Derek Carr's haircut is the biggest surprise of the night