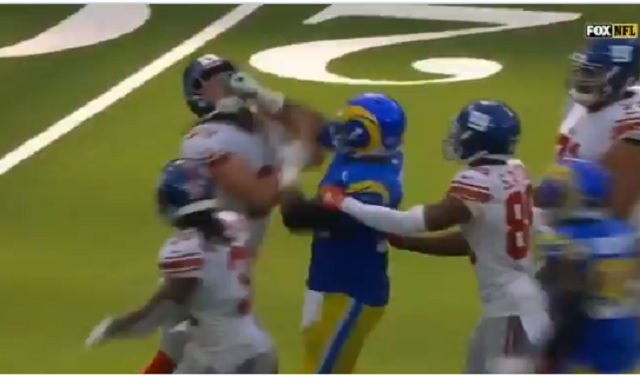 It’s probably not a good idea to piss off Aaron Donald.

During Sunday’s Giants-Rams game, Giants OL Nick Gates got into it with Donald after a play and the two players nearly got into a fight on the field.

Aaron Donald and Nick Gates get into it after the play #RamsHouse #Giants pic.twitter.com/mkDRkWnhtO

I know Aaron Donald is the greatest player to ever play football and all that but I love this from Nick Gates. Don't take the bush league move from Donald. https://t.co/cIa5LGuTEG

Maybe gets didn’t see what Donald did to the Cowboys just a few weeks ago.