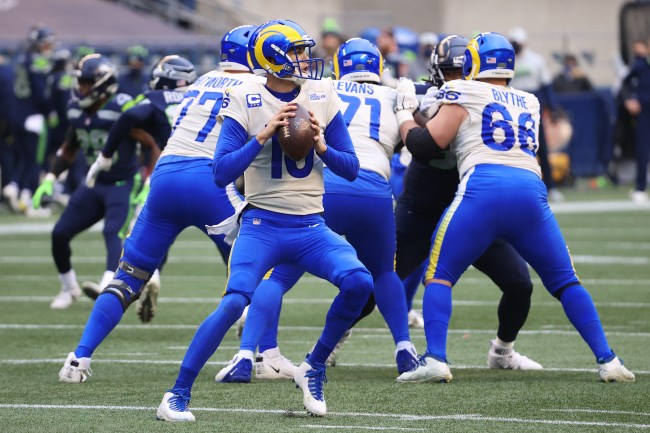 The LA Rams didn’t forget how cocky the Seahawks acted after winning the division a few weeks ago.

After clinching the NFC West division championship by beating the Rams in week 16, the Seahawks celebrated by wearing special shirts and hats on the field. Seahawks safety Jamal Adams sparked up a cigar while gloating about the accomplishment during a press conference.

"I hope you all have a wonderful day because, you know, we're champions" #Seahawks | @Prez pic.twitter.com/60azsE8uPe

After the Rams eliminated the Seahawks on Sunday, QB Jared Goff took a shot at the Seahawks during his post-game press conference.

“Two weeks ago you saw them smoking cigars and getting all excited about beating us and winning the division and we’re able to come up here and beat them in their own place,” Jared Goff said. “It feels good.”

While walking off the field after the team’s big win, a couple of Rams players could be heard yelling “take that hat and t-shirt to Cabo!” towards Seahawks players.

As the #LARams defensive stars were leaving the game you can hear Jalen Ramsey shout, presumably, about the Seahawks NFC West Championship gear, “take that hat and t-shirt to Cabo!” #rivalry https://t.co/jlvLWqSDP1 pic.twitter.com/FmljngvEMg