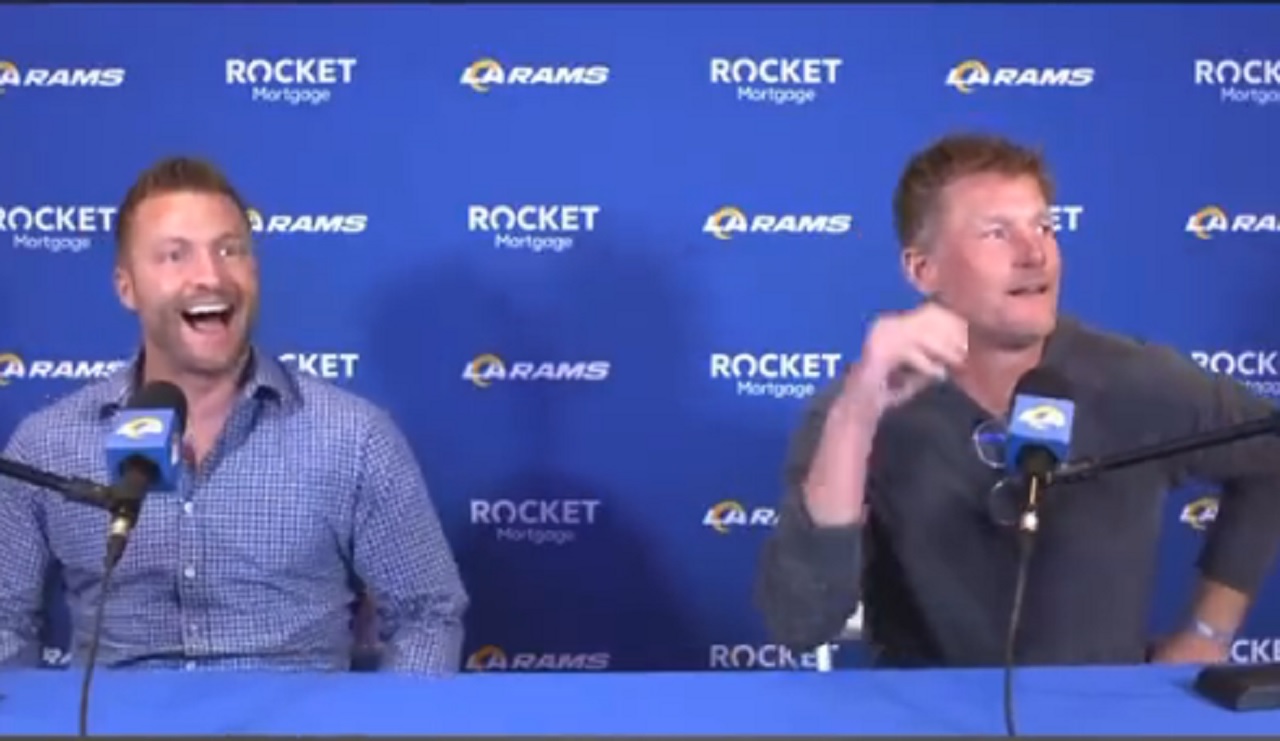 The Patriots made a surprising pick in the first round of the NFL draft, and Rams’ head coach Sean McVay had a hilarious reaction when he learned about the move.

On Thursday night, the Patriots traded away their 21st pick of the first round for the 29th pick and several other later picks in the draft.

No other GM has traded and moved up and down the draft than Bill Belichick. Patriots trade out of the No. 21 pick with the Chiefs.

With the 29th pick, Bill Belichick surprised many when he chose Chattanooga offensive lineman Cole Strange.

A stunner from New England: The #Patriots take UT-Chattanooga guard Cole Strange at No. 29. Just had a coach from another team text me: “I love that guy!”

Big reach by the Patriots on my Big Board. I have Cole Strange at No. 69, and they took him at No. 29. Good player, fills a hole, but this is very high.

McVay and Rams GM Les Snead were speaking to the media when they saw the Patriots pick Strange at #29 and started laughing hysterically.

Sean McVay and Les Snead were talking to us, but they both yelped when they saw Cole Strange go to the Pats on the TV behind us. McVay: “How about that? And to think we wasted our time watching him, thinking he’d be available at 104.”

Rams reaction to Patriots selection of Cole Strange at #29.

Belichick would go on to tell the media that he drafted Strange at 29 because he didn’t think he would have lasted much longer on the board.

Bill Belichick was asked if he felt the Patriots might be able to draft Cole Strange with their next pick (No. 54 overall), instead of taking him at 29th overall.

Bill did not believe so.

"Yeah … he wouldn't have lasted much longer." pic.twitter.com/e8UqCtDsSz