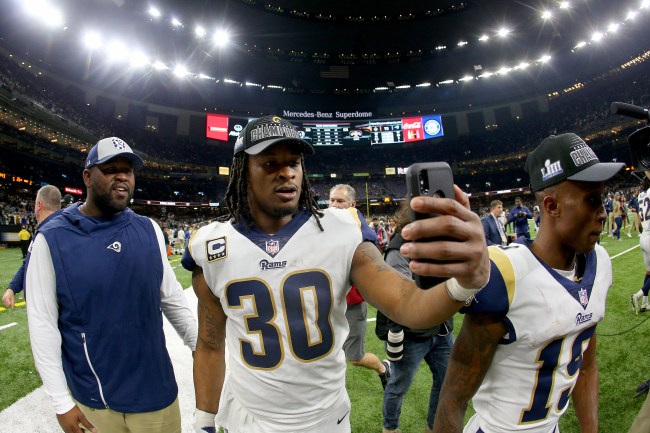 At the end of today’s Rams-Saints game, the Rams benefitted from a huge missed pass interference call in which Nickell Robey-Coleman should’ve been flagged.

After the game, Saints coach Sean Payton told the media that he spoke with the league office over the phone and they told them that the refs on the field blew the call.

Sean Payton: “Just got off the phone with the league office. They blew the call.”

It seems like Todd Gurley knows that the Rams got away with one because he joked about the missed call on Instagram with this meme of him and a ref swapping jerseys.

Todd Gurley is now trolling. He really posted this on his IG. pic.twitter.com/5haJZ69vqK

Todd Gurley posting this on his Instagram page might be the greatest moment in social media history. pic.twitter.com/UhJH57FFI6

Todd Gurley is now king of the internet. That's how it works. It is his. https://t.co/9Ow9g89rWt