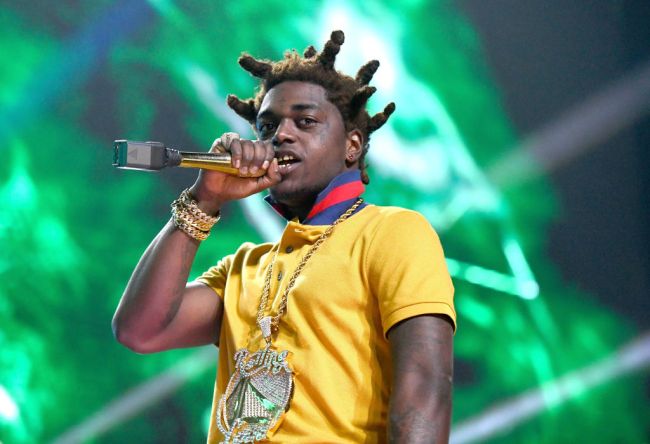 Earlier this year Meek Mill drew the ire of the Internet when an unreleased version of his “Don’t Worry” song featured the lyric “If I ever lack, I’m goin’ out with my chopper, it be another Kobe.”

Fans are upset after hearing a snippet of Meek Mill saying “I’ll go out with my choppa it’ll be another Kobe” in a song with Lil Baby. pic.twitter.com/jaWe2rgP0u

On Monday, Kodak Black, who turned 24 last week, posted a photo of himself dressed in a Kobe Bryant Lakers jersey standing next to a helicopter painted in the Lakers purple and gold colors.

NBA fans on social media immediately blasted Kodak for being insensitive for his Kobe “tribute.”

This is mad disrespectful with the helicopter in the background… I don’t think this guy has gotten enough hate for this 🤦‍♂️ https://t.co/DeWxzV1CBy

This straight up disrespectful argue with your moms https://t.co/7KxdewDtG5

The helicopter ain’t it, Kodak https://t.co/RjzZZehz5h

dawg you are literally in front of a helicopter there’s no way ur this stupid https://t.co/AbercgS54Y

Kobe is a legend. You are trash, especially posting these next to a fucking helicopter? Clown ass. We both know kobe ain't fwu either lmao. https://t.co/szIvcLvQ04