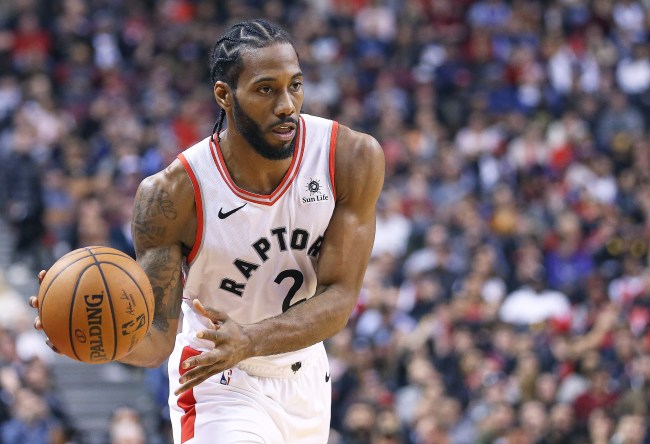 Clippers head coach Doc Rivers got his team in a bit of trouble earlier this week he spoke to ESPN’s Stephen A Smith on Sportscenter and compared Kawhi Leonard to Michael Jordan during the network’s finals preview.

“[Leonard] is the most like Jordan that we’ve seen,” Rivers “There’s a lot of great players. LeBron is phenomenal, KD is phenomenal. Not that [Leonard] is Jordan or anything like that, but he’s the most like him. Big hands, post game, can finish. Great leaper, great defender, in-between game. If you beat him to the spot he bumps you off, and then you add his three-point shooting.”

NBA announced it has fined Clippers 50k for violating league’s anti-tampering rule after Clips coach Doc Rivers commented about Kawhi Leonard while on a recent show on ESPN.

The NBA has fined the LA Clippers $50,000 for violating the league’s anti-tampering rule. The fine is in response to comments regarding the Raptors’ Kawhi Leonard made by Head Coach Glenn “Doc” Rivers in a recent television appearance.

Apparently, the Raptors have npt been happy about the Clippers pursuit of Kawhi and filed a complaint against the team for trying to lure their superstar away.

The Raptors have reached out to the league multiple times this season when they've felt the Clippers have crossed a line in their not-so-subtle pursuit of Leonard, I'm told. Would imagine today's $50K anti-tampering fine had as much to do with those incidents as Doc's comments

The Raports seem to be doing everything in their power to stop Kawhi from leaving the Clippers but we’ll see how that works out.