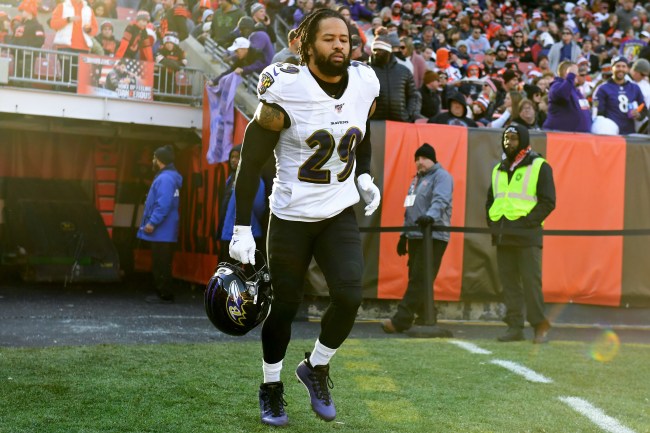 Source: The #Ravens are now releasing star S Earl Thomas. After just one season and $22M, they are moving on following a practice altercation with a teammate.

It seems like the Ravens are done with Earl Thomas. .

According to e a report from ESPN’s Adam Schefter the team will either release him or cut him today following an altercation with teammate Chuck Clark.

Ravens are moving on from Pro Bowl S Earl Thomas today, sources tell ESPN. They either will release him for conduct detrimental to the team – punching S Chuck Clark – or trade him. Dallas is the leading contender if he’s released, per sources. But his time in Baltimore is over. pic.twitter.com/eJeTuHD1mI

Any team that trades for Earl Thomas also would be trading for his contract, though he could rework it to help facilitate a trade. Talks have been ongoing through the weekend but no deal so far. Either way he will not return to Baltimore. https://t.co/ZjJgn4fcUk

Thomas had been sent home from practice after he punched Clark when they both argued about a blown coverage..

Per sources, Thomas did throw a punch at Clark which obviously escalated a situation which started when Clark got on Thomas about blowing a coverage in Friday’s practice. https://t.co/vouXxccoUI

Thomas went on to post a video of the play that led to the altercation on Instagram where he claims teammate Chuck Clark overreacted to him making a mistake in coverage which led to the fight between the two.

“Being sent home sucks I can’t take the reps I need to keep momentum going .. but I can reflect on things and keep working my plan to help the team win… This has been one of of my best camps crazy a situation like this can through dirt on it,” Thomas said. “A mental error on my part .. A Busted coverage that I tried to explain calmly meet with built up aggression turned into me getting into with a teammate.”

“Since we didn’t keep it in house and I’m getting text and calls from ESPN reporters etc: thought I’d try and clear the air,” Thomas said. “Situations like this narrow my window for error but this the path I choose.”

Following the altercation, it has been reported that the leadership council of the Ravens want the team to part ways with the veteran safety.