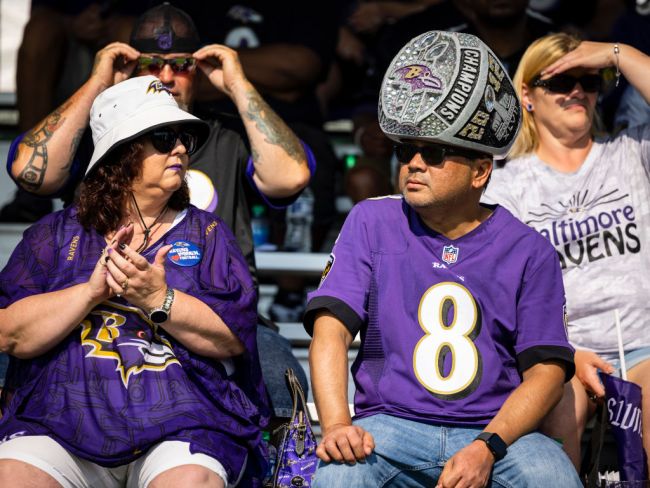 Sports fans overreact to things and take things too far on a daily basis, it’s part of sports fandom, but this Baltimore Ravens fan is in a league of his own.

Lamar Jackson earned his first win over the Kansas City Chiefs in a thriller on Sunday night in Baltimore by the count of 36-35. It’s a big-time moment for Baltimore fans and for Jackson to finally earn his first win over Patrick Mahomes, but at the end of the day, it’s a Week 2 regular-season win. The win could very well go down as the season-defining one for the Ravens, but there are still 15 games left on the regular-season slate.

Nic Cullison doesn’t care about what the future may hold, he’s living in the present, and he’s never going to forget the Ravens’ one-point win over the Chiefs on September 19, 2021 seeing as how he got it tattooed on his leg.

I think I speak for most sane NFL fans out there, but the only team-related ink I’d ever put on my body would be following an actual Super Bowl win. I can also tell you that I would not be sober for that occasion either.

But hey, shout out to Nic for going well against the norm here. That tattoo won’t look too great if the Chiefs beat the Ravens in the AFC playoffs this year, but it’s safe to say Nic isn’t too worried about that possibility right now.