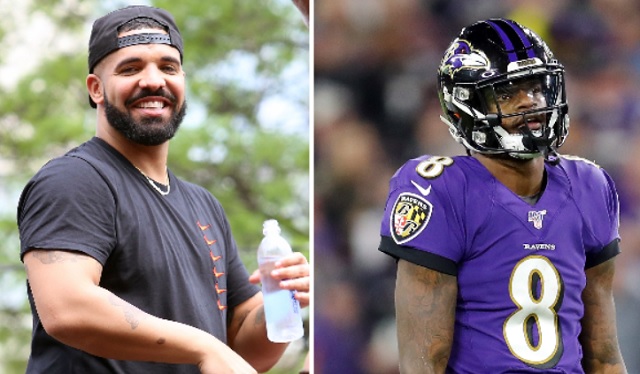 Jackson went off to have a tough playoff game against the Titans and Ravens fans immediately blamed Drake for cursing the young QB.

Memo to black athletes: When Drake calls hang the fucking phone up. Quit acting like these jock-sniffing rappers are special.

Drake couldn’t let us have this one. pic.twitter.com/spjc1uXl71

Drake curse claiming another victim smh why Lamar though pic.twitter.com/0JcOioF1HU

Drake is really evil man. Fucking up a Future song AND putting the Ravens in his curse in the same week?? pic.twitter.com/yBMgzscP9n

Drake curse is the most unstoppable force in sports pic.twitter.com/tE7QHg6whw

what kind of dark magic is responsible for the drake curse?? it’s so powerful https://t.co/YswJzDS2N1