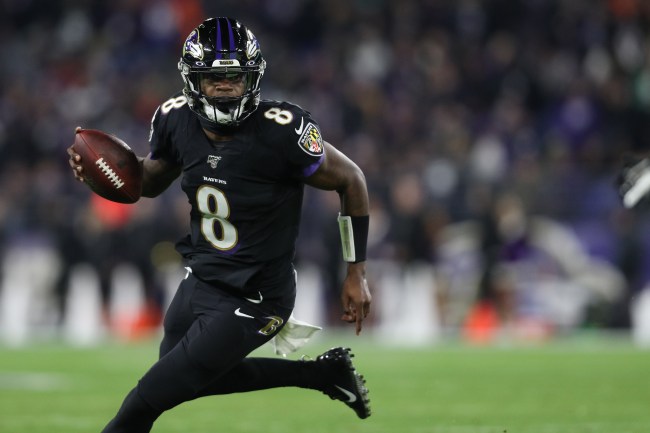 Lamar Jackson is going to give Ravens fans a heart attack this offseason.

On Sunday, a video of the Ravens superstar QB playing beach football with some friends shows the reigning NFL MVP nearly crashing into a jet ski after scrambling with the ball.

Ravens fans freaked out on Twitter after their QB nearly crash into a jet ski.

Yo !! @Lj_era8 Come on bruh we don’t need you getting hurt . We got Goat Accomplishments coming RELAX . https://t.co/cVi9aakWei

I love that he's living his life, but I'd be terrified watching my QB have what happens at the end of this https://t.co/rWPbVyYJ98

My QB gotta be careful, I saw that jet ski and was like https://t.co/NKFtppMTdW pic.twitter.com/S1hP6tGvSQ

Anyone else hold their breath when he was heading right for the jet ski? https://t.co/CK2Z5UkFgq