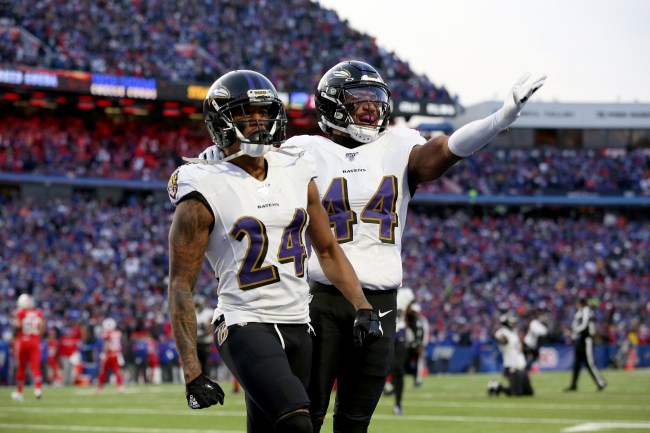 There’s no love lost between Ravens DB Marcus Peters and the Cleveland Browns.

Last year, Peters took offense when both Jarvis Landry and Odell Beckham Jr. talked trash to him when he signed an extension with the Ravens,

Since then, he has gone on to refer to Landry and Beckham as his “homegirls” every time the Ravens beat the Browns. After the Ravens’ latest win against his rivals on Monday Night Football, Peters once again called out his “homegirls” on Instagram live.

The Instagram video comes hours after Peters was seen allegedly spitting on Landry during their Monday night game.

This you @marcuspeters? Spitting on a dude that’s walking away from you? And you got the nerve to call someone else “home girl?” Bitch move if I’ve ever seen on. pic.twitter.com/nas1p9MZmg

It’s going to be fun if these two teams meet up in the playoffs.