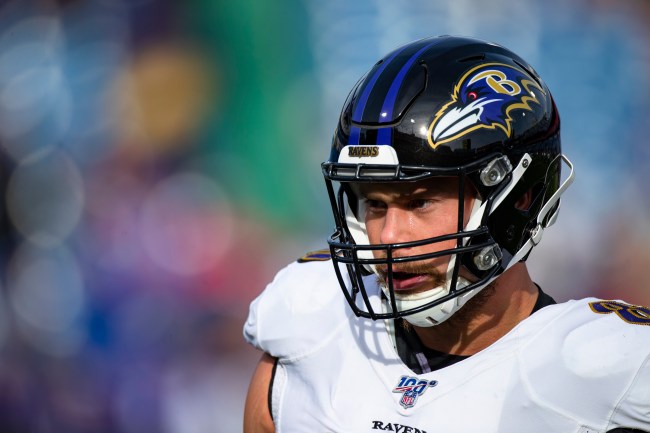 The Ravens will likely be without Nick Boyle for a while.

During Sunday’s Ravens-Patriots game Boyle was carted off the field after suffering a gruesome leg injury.

#Ravens’ TE Nick Boyle is being carted off after a gruesome looking leg injury. Leg bent the wrong way.

Ravens TE Nick Boyle is down and it’s bad! 🙏 pic.twitter.com/alLiYYGbNn

Update: Boyle suffered a significant knee injury and will be out for the season.

#Ravens’ TE Nick Boyle suffered a 'major' knee injury and is done for the season, John Harbaugh just announced. Significant loss given his role as a blocker in the running game.