Ravens Fans Rip Sean Payton For FOX Football Debut After Their Preseason Matchup Vs. The Cardinals 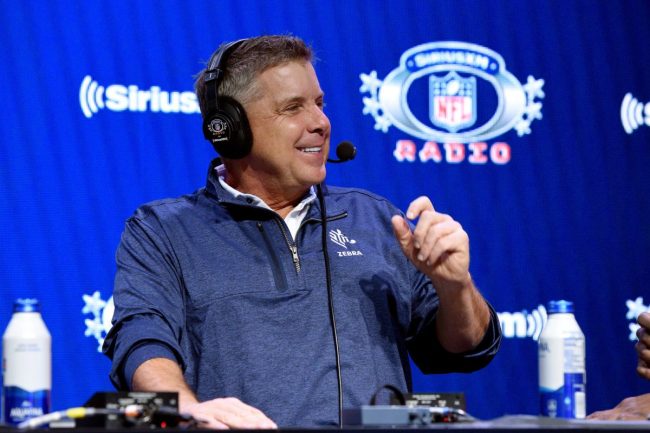 Ravens fans weren’t happy with the FOX broadcast crew during their recent preseason matchup against the Arizona Cardinals. Most notably, Baltimore supporters keyed in on newbie Sean Payton, who made his media debut over the weekend.

There were a few instances which made the fans upset, most of which revolved around Payton and Co. seeming unprepared for the call. Certain players’ status or outlook with the team were misrepresented, resulting in an uproar on social media.

First, they said that Jackson is holding out until he gets a new contract. While the signal caller has been in extension talks with the team, he’s given no sign that he will miss game time due to contract disputes. All indications point to him starting Game 1 of the regular season.

The first time Jackson spoke to the Ravens he expressed why he didn't hold out, or hold in. It's just ridiculous. https://t.co/O0tI7WbZ7R

Payton also hinted at the notion that Jackson is often banged up, resulting in missed playing time, which is not the case. He’s missed just five games throughout his career due to injury (and two due to illness, one after the Ravens clinched a playoff spot). Those all came last year with a bone bruise.

While Jackson is often seeing carrying the rock, he’s shown durability and the ability to stay healthy. Ravens fans quickly pointed these mistakes out, as they believed that their star player was being unfairly judged.

By the way, Lamar Jackson has not struggled with injuries his whole career, as the FOX broadcast said. He's missed five games due to injury, all last season.

But it wasn’t just Jackson.

Payton and Co. were also very wrong in their assessment of rookie tight end Isaiah Likely, who is having a breakout preseason. The pass catcher went off for 100 yards and a score on Sunday.

The FOX crew insinuated that he’d be lucky to make the roster.

No, Sean. The plan was never to sneak Isaiah Likely onto the Ravens practice squad.

Did Sean Payton say the Ravens hoped to sneak Likely on the practice squad? Good grief, these national guys.

Check out a few more reactions from angry Ravens fans.

Is this the new national narrative? Lamar Jackson "struggles" with injuries?

Sean Payton is terrible on the air

Halftime a rough look for TV analyst Sean Payton so far.. first impression of him, not good

Hopefully, Payton will get a bit better following a rocky debut.